CORONA, CA – July 21, 2020 (Motor Sports NewsWire)  – As the days continue to count down until the long awaited start of the 2020 season, the Lucas Oil Off Road Racing Series Presented by GEICO has announced an extensive broadcast package for this year’s championship. Thanks to a multi-network partnership between CBS, CBS Sports Network, MAVTV Motorsports Network, and Lucas Oil Racing TV, fans of short course off road will be presented with more than 100 total hours of coverage for the 2020 season.

One of the most notable additions to the 2020 broadcast package will be exclusive LIVE streaming coverage of every round on Lucas Oil Racing TV. Beginning with the first event of the 2020 season from Glen Helen Raceway in San Bernardino, California, subscribers will have the chance to watch the action unfold in real time at every event, including the unpredictable and highly competitive action of the RZR 170, JR2 Kart, and Mod Kart youth classes. Given that the opening weekend of 2020 will unfortunately not be open to fans, Lucas Oil Racing TV will provide the only opportunity to see all eight classes take to the track for the first time this season and witness who prevails triumphant on July 25 and July 26.

Complementing the streaming package is an impressive broadcast schedule across CBS, CBS Sports Network, and MAVTV Motorsports Network. CBS will highlight the network coverage by bringing the high octane action of the Lucas Oil Off Road Racing Series’ captivating truck classes of Pro Lite and Pro 2 into millions of homes across the country with eight one hour network telecasts over the course of the season. Each broadcast will showcase the competitiveness of these premier divisions from every stop on the schedule, in addition to the season ending Lucas Oil Challenge Cup.

The compelling action from all five pro classes will be featured on CBS Sports Network and MAVTV Motorsports Network, as both will highlight the battle for victory in each class from every round, dedicating multiple episodes from each race weekend into a series of hour long telecasts. Collectively, these two networks will make up the heart of the 2020 broadcast package with a combined total of 54 individual hours of on-air coverage.

“This is an impressively dynamic broadcast package for the Lucas Oil Off Road Racing Series, and we’re thrilled to have so many opportunities to bring this truly incredible sport to our fans all across the country,” said Tom Fredrickson, COO of Lucas Oil Products, Inc. “In the midst of so much uncertainty surrounding the ongoing pandemic, we are incredibly fortunate to have a loyal team of networks and a seamless partnership amongst all of them that will allow us to reach the largest audience possible. Whether it’s on your phone, your computer, or on your television screen, it’s going to be hard to miss the spectacular action of short course off road during the 2020 season.”

Narrating the action on the track with play-by-play calls, in-depth analysis, and trackside reporting is an experienced broadcast team featuring some of the most well known names in the off road racing industry. A three member lineup will spearhead the efforts for CBS, CBS Sports Network, and MAVTV Motorsports Network, featuring Ken Stout, Rob Klepper, and Derek Pernesiglio. Stout is one of the most recognizable names and voices in the world of motorsports and has become the proverbial voice of off road racing thanks to nearly 20 years as a fixture on the short course scene. Stout’s passion for off road has also passed on to his son, Robert, who enters the 2020 season as the reigning Production 1000 UTV Champion. In the booth, Ken will serve as the host for each network broadcast, where his immense experience and racing expertise will provide a welcoming environment for the viewers that allows them to feel like they’re a part of the action.

Flanking Stout in the broadcast booth will be Klepper, who brings an equally diverse range of experience into the fold as analyst. While he’s a decorated skeet shooter away from the race track, growing up in California allowed Klepper to spend most of his time around virtually every form of racing, where he started as a crew chief before eventually transitioning into announcing and broadcasting. With on-air experience across a wide range of disciplines, Klepper knows the ins and outs of competing on the track and serves as the perfect complement to Stout as they capture the excitement and explain the nuance of the Lucas Oil Off Road Racing Series to millions of viewers across the country.

Rounding out the team as pit reporter is Pernesiglio, who will join Lucas Oil Off Road Racing Series team for the first time. While he may be a new face to off road, the New York native has deep roots in the world of racing, both as a driver and an announcer. For nearly 20 years he has climbed the broadcast ranks, where he shares an equal love for both pavement and dirt. Thanks to his extensive racing pedigree, Pernesiglio will bring a truly unique perspective to viewers from his trackside position and will prove to be a perfect complement to his network counterparts. 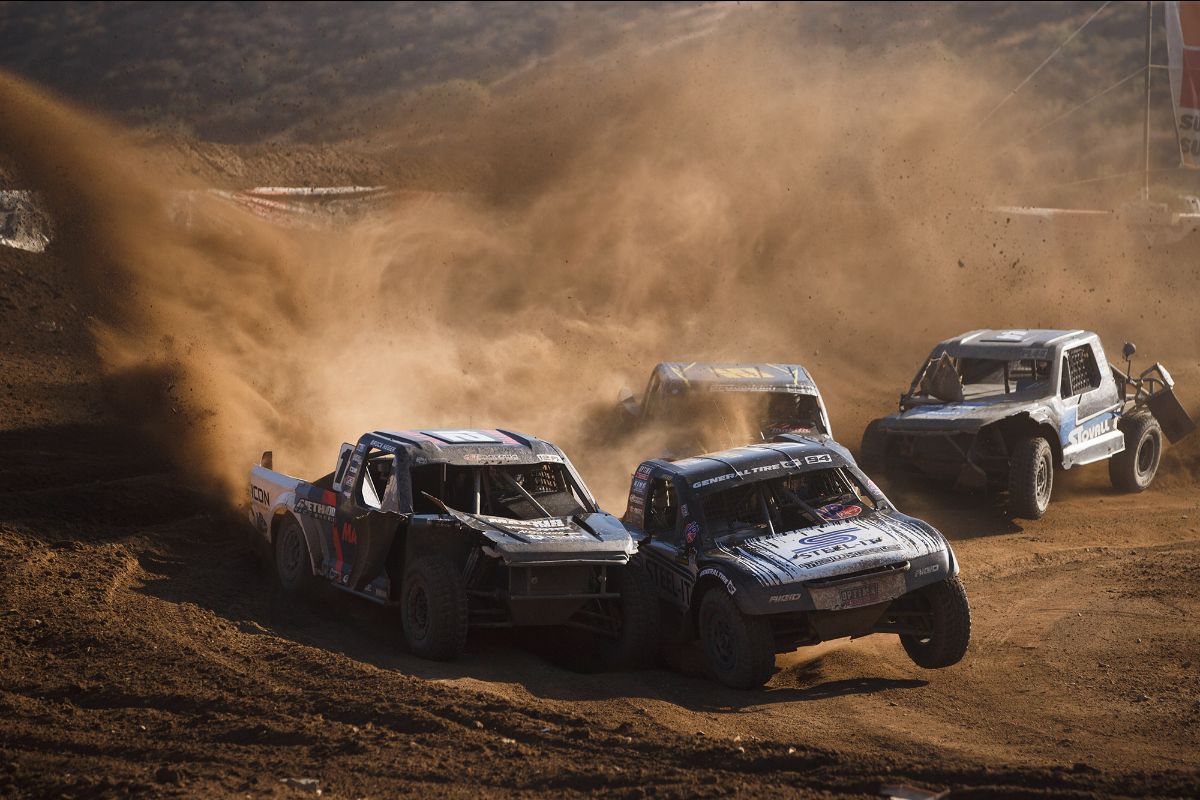 All the door-banging action of the 2020 season will be brought into millions of homes
by an exceptionally talented group of on-air personalities.
Photo: Lucas Oil Off Road Racing Series

Announcing duties for the live streams on Lucas Oil Racing TV, in addition to the public address system at Lucas Oil Off Road Racing Series events, will be handled by the duo of Brent Smith and Jack Korpela. Smith is a former racer who brings behind-the-wheel experience into the fold as host. The Michigan native spent many years honing his talents on the short courses of the midwest, and while he still keeps his racing skills sharp behind the wheel, he’s enjoyed a successful transition into the broadcast and announcing world, where his racing experience will help serve as the perfect complement to the action out on the track.

For his second season of Lucas Oil Off Road Racing Series competition Korpela will make the move into the booth alongside Smith. Uniquely enough, Korpela has some broadcast roots from the world of professional wrestling, but as a motorcycle drag racer himself, it was only a matter of time until he joined the motorsports world full time. His on-camera presence has allowed him to make a natural transition into off road, where he’ll take advantage of all the knowledge he gained last season to provide added color commentary with his new partner.

**All broadcast dates and times are subject to change. Check local listings.**

For information about the Lucas Oil Off Road Racing Series please visit LucasOilOffRoad.com and be sure to follow all of the LOORRS social media channels for exclusive content and additional information on the latest news:

December 30, 2019 – (Motor Sports NewsWire) – MAVTV kicks off 2020 with a month full of exciting action geared towards the heart of every avid race fan. The Motorsports Network is bringing a variety […]

February 28, 2020 – (Motor Sports NewsWire) – This month, go behind the scenes at car shows, check out the latest aftermarket upgrades and visit some of the most successful custom car builders in the […]