Ducati North America Joins In As A Sponsor For Both The MotoAmerica Series And The GEICO Motorcycle Superbike Speedfest At Monterey, July 9-11

IRVINE, CA – June 24, 2021 – (Motor Sports NewsWire) – MotoAmerica, North America’s premier motorcycle road racing series, is pleased to announce that Ducati North America has come on board as an official series partner as well as an official manufacturer of the GEICO Motorcycle Superbike Speedfest at Monterey – round five of the 2021 MotoAmerica Series, July 9-11, at WeatherTech Raceway Laguna Seca. 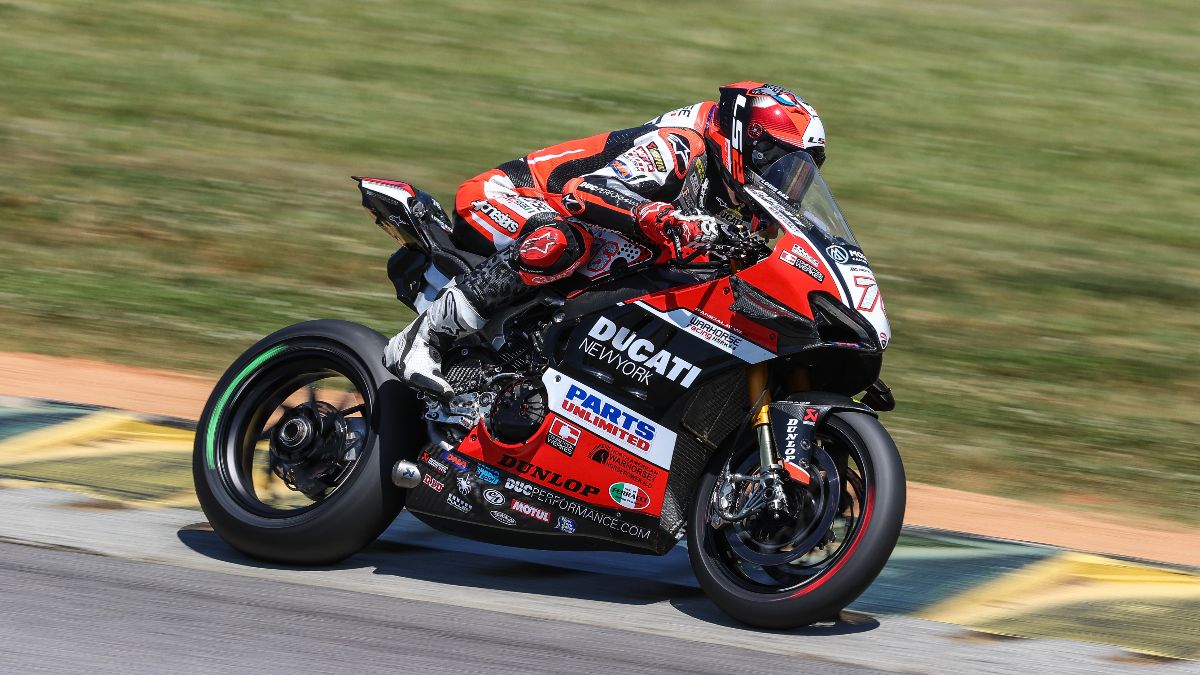 For the WeatherTech Raceway Laguna Seca round, Ducati will offer an exclusive Ducati owners display and activation inside the paddock. There is also a special Ducati Ticket Package for Laguna that includes a three-day general admission ticket, preferred parking, participation in the parade lap and track walk, and a Ducati branded gift.

“Having Ducati back in the series as an official partner after 15 years being away from the series is a big deal for MotoAmerica,” said MotoAmerica President Wayne Rainey. “Ducati has been measuring what we are doing both on and off the track and their involvement shows that they like what they see and are ready to act on it. Ducati has a loyal fan base, and those fans are very passionate about racing and about MotoAmerica. We’re looking forward to an already great season getting better as the fight for the championships starts to heat up and we’re thrilled to have Ducati and its fans with us.”

“Ducati’s holds a rich racing history and our love for competition is known throughout the world,” said Jason Chinnock, Chief Executive Officer of Ducati North America. “It’s been rewarding to see our racing and fan presence growing at the American circuits and we feel it’s engrained in our DNA to support motorcycle road racing here in the United States. By partnering with MotoAmerica – particularly in our backyard at Laguna Seca – we hope to continue the momentum sport motorcycle racing is seeing in stateside, as well as champion the loyalty of our Ducatisti with exclusive experiences at this important race.”

To purchase tickets to any of the 2021 series rounds, click HERE

For information on how to watch the MotoAmerica Series, click HERE

May 3, 2018 Motor Sports NewsWire Motorcycle, Powersports Comments Off on Ducati Celebrates the Monster’s 25th Anniversary at The Quail Motorcycle Gathering

The Monster created the motorcycle industry’s “naked bike” category and is the best-selling Ducati in the history of the company Ducati fans from across the U.S. to gather in Carmel to celebrate 25 years of […]

Carlin Dunne, Ducati Team Spider Grips driver falls just a few meters before the finish line, after having dominated the first three sessions of the race and ready to set the new record. This is […]

Popular Changes In Store For Next Season COSTA MESA, CA – September 19, 2019 – (Motor Sports NewsWire) – MotoAmerica is proud to announce its 2020 MotoAmerica Series with a 10-round schedule that includes a […]