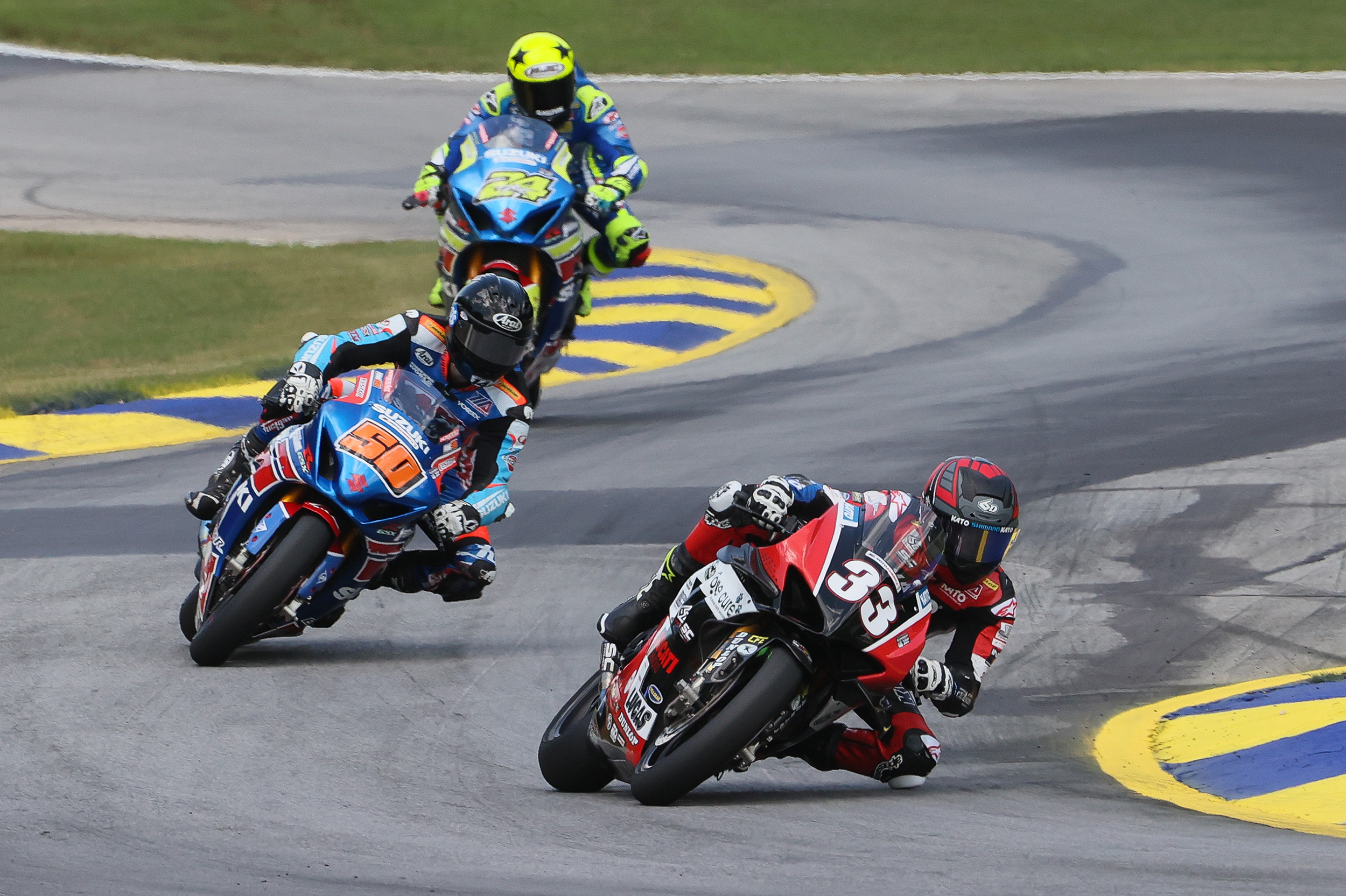 In a weekend that saw heavy rains play havoc with the race program on Friday and a crash in Superpole on Saturday, Wyman’s race one didn’t get past lap four. In stifling humidity and while lying an impressive third behind the Yamaha duo of Jake Gagne and Cameron Beaubier, Wyman pulled into the pits with a mechanical issue on his OneCure/KWR Ducati Team Ducati Panigale V4 R, necessitating an overnight engine swap for Sunday’s race two as Yamaha’s Cameron Beaubier took the race one win.

The second race was a two-part affair after BMW’s Danilo Lewis crashed out early, causing a red flag while Wyman was lying fourth. A restart followed and Wyman, starting fifth, lost out early off the line to be sixth by turn one. After getting caught up in the melee with BMW’s Josh Herrin which allowed the top five to escape, Wyman had to settle for sixth place in race two, with Beaubier doubling up for another race win. 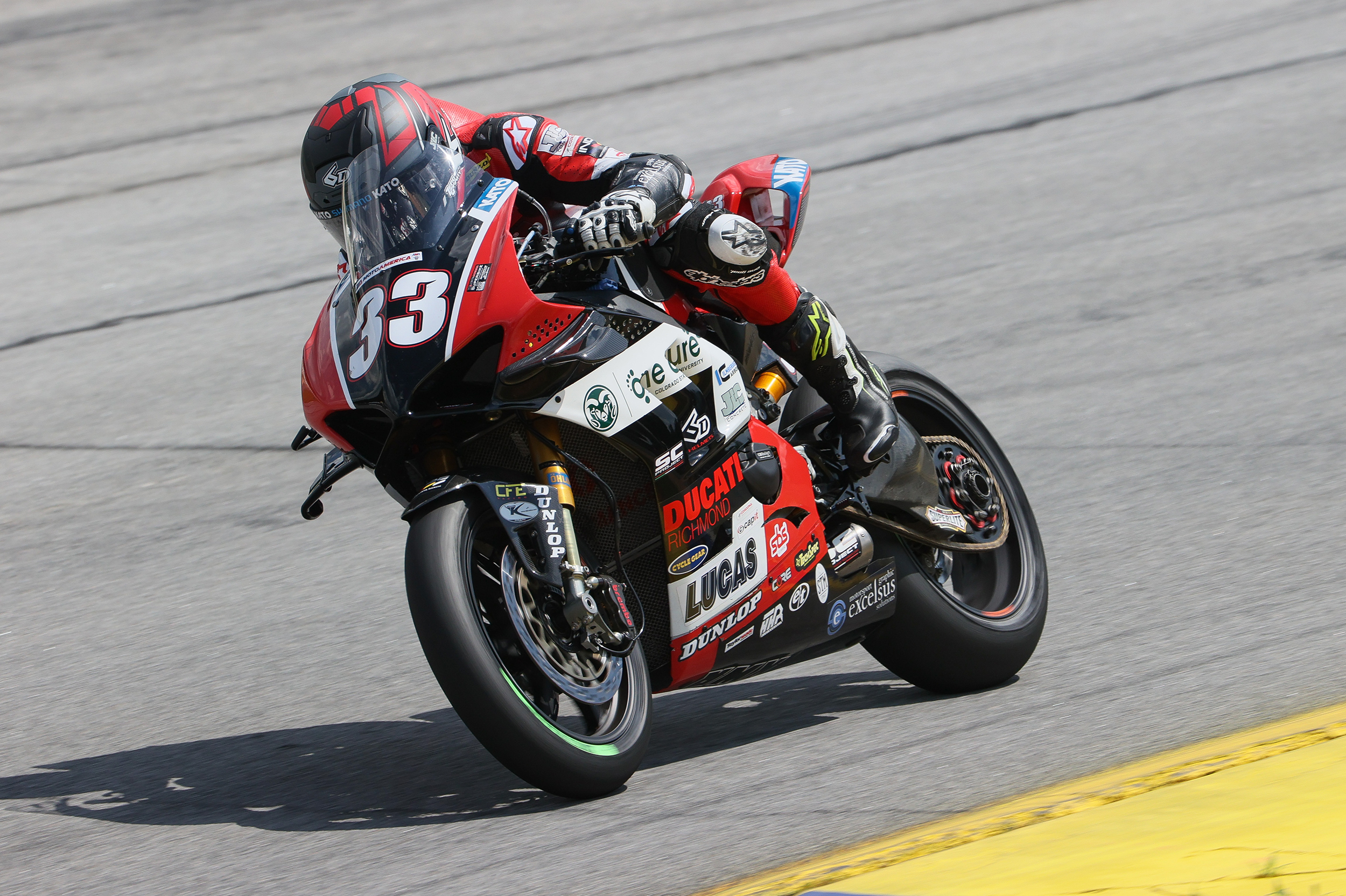 Although disappointed with race one’s result, Wyman was upbeat about his Sunday showing and feels round four of the series, to be held August 7-9 at the Pittsburgh International Race Complex, will suit his Ducati Panigale V4 R.

Kyle Wyman (OneCure/KWR Ducati Team – Ducati #33)
“It’s been a tough weekend, but we’re happy to get out of Atlanta with some good points in race two,” said Wyman. “I wasn’t happy about Saturday as we were in a good position (third) when I had to pull in. We unknowingly broke a radiator on Friday and ended up blowing a head gasket on that engine.

“Last night we put a spare motor in for race two. I did 1:25’s on it this morning in warm up, so I knew I could do the lap time. I got a good start and got in front of both Suzuki boys. I had good pace, then the red flag came out. The second time around, I got a bad start, and got hooked up with (Josh) Herrin, which slowed me up. By the time I shook him off, the top five were up the road. In all, we could have had two DNF’s, so I’m pretty happy.

“Pittsburgh will be good. It was the first track we tested at with the Marelli electronics last Spring and raced there in August, so this will be the most time we’ve had at any particular track that we’re about to race at. I’m looking forward to it.”

MotoAmerica To Host WERA At Three Of Its Rounds

NIPOZZANO (Florence, Italy) – July 13, 2016 – (Motor Sports Newswire) – After appreciating the characteristics of the Multistrada 1200 Enduro on the hillsides around Bologna, Casey Stoner decided to take part in the DRE […]

Beaubier Gets His Eighth Win Of The Season