Funny Car’s Bob Tasca III also won at the 15th of 22 races during the 2022 NHRA Camping World Drag Racing Series season in front of another big crowd in Brainerd.

Facing off with eight-time world champ Tony Schumacher in the final round, Torrence picked up his 52nd career victory – but first since last November at the Auto Club NHRA Finals – with a run of 3.866-seconds at 322.04 mph in his 11,000-horsepower Capco Contractors dragster. He improved to 5-0 against Schumacher in eliminations this year, also picking up his first win in four final round appearances in 2022.

On a challenging day, Torrence took out a host of standouts, including Mike Salinas, Topeka winner Antron Brown and points leader Brittany Force before facing off with Schumacher. Torrence had to be on his game against Brown and Force, pedaling his dragster in both rounds to advance and ultimately pick up a much-needed and rewarding victory as he prepares to begin the hunt for a fifth straight world title.

“When you’ve had the success and the dominance we’ve had, it’s difficult to not have that. You just have to grit it and dig through it,” Torrence said. “(But) these Capco boys, they’re bad to the bone. We’ve shown it time and time again. We didn’t forget how to win but, dang, it sure felt like it. I have all the confidence and the faith in the world in this team because that car is always bad to the bone. Maybe we’re getting our stuff together at the right time because we’re charging for that (fifth world title).

“A day like today is one you’re most proud of a driver. On days like today when the car doesn’t do quite what it’s supposed to do, you have to earn your keep as a driver. It’s wins like this you’ll always cherish and remember as a driver.”

Schumacher advanced to his second final in the past three races and the 156th in his standout career thanks to round wins against Doug Kalitta, Josh Hart, and Justin Ashley. Brittany Force maintained the points lead in the class and it now stands at 94 points over Salinas. Torrence moved up to third in Top Fuel points with the win.

Funny Car’s Tasca continued his incredible run this summer, winning his second straight race and third in the past four events. He was the only driver in both nitro categories to make clean runs on every pass Sunday, finishing it off with a stellar pass of 3.945 at 329.42 in his 11,000-horsepower Motorcraft/Quick Lane Ford Mustang against defending world champ Ron Capps in the final round. While most teams struggled during the second and third rounds, Tasca only seemed to get better, making four three-second runs during eliminations to knock off Dale Creasy Jr., Chad Green, and points leader Robert Hight to reach the final round.

Tasca, who has now advanced to the final round in five of the past six races, followed with another great performance against Capps to win for the first time in Brainerd. With the Countdown to the Championship approaching, Tasca and his team appear to be peaking at the perfect time.

“I’ve said this many times but what we’ve done lately has been amazing,” Tasca said. “We’ve not backed into any win and performed at a high level throughout. This is incredible execution by the team, and I mean every single person. This team has performed flawlessly. The package we have is unlike anything I’ve ever had in my driving career. (My team) always has an answer and when that happens, as a driver you just have to go out and do your job.

“All weekend, I was fighting the car down the track. It was spinning and moving around. If you let it get out of the groove, it will spin the tires. Keeping it in the center of the groove is critical, especially today. I’m so proud of what we’ve done. We have a lot of unfinished business ahead of us and we’re all chasing the same trophy at the end of the year.”

Capps reached his 135th career final round by getting wins against longtime rival John Force, Bobby Bode, and Alexis DeJoria, staying third in points. Hight kept a comfortable points lead over Matt Hagan, while Tasca moved up to fourth in points with one race left in the regular season.

Camping World Holdings, Inc., headquartered in Lincolnshire, IL, (together with its subsidiaries) is America’s largest retailer of RVs and related products and services. Our vision is to build a long-term legacy business that makes RVing fun and easy, and our Camping World and Good Sam brands have been serving RV consumers since 1966. We strive to build long-term value for our customers, employees, and shareholders by combining a unique and comprehensive assortment of RV products and services with a national network of RV dealerships, service centers and customer support centers along with the industry’s most extensive online presence and a highly trained and knowledgeable team of associates serving our customers, the RV lifestyle, and the communities in which we operate. We also believe that our Good Sam organization and family of programs and services uniquely enables us to connect with our customers as stewards of the RV enthusiast community and the RV lifestyle. With over 185 locations in 40 states, Camping World, and sister company Gander RV, have grown to become prime destinations for everything RV. For more information, visit www.CampingWorld.com. 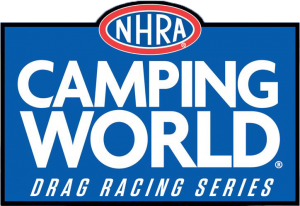 Hagan and B. Force Secure No.1 Positions at Lucas Oil NHRA Nationals in Brainerd

BRAINERD, MN – August 21, 2022 – (Motor Sports NewsWire) – Matt Hagan powered to the top in Funny Car qualifying in the final pairing on Saturday at Brainerd International Raceway, securing the No. 1 […]