Live Finals at a 2023 Supercross Event & Three Champions Will
Win a Yamaha Motorcycle*!

The eSX eSport Championship will take place in Monster Energy Supercross – The Official Videogame 5 and consists of three stages of competition beginning with the Time Trial Qualifiers on May 10, followed by Head-to-Head Heats and the eSX Finals. The eSX Championship will be limited to US entrants only** in order to incorporate a special twist in this year’s competition – a live eSX Finals event will be hosted at a 2023 Supercross round!

Racing will take place across PlayStation®5, PlayStation®4, Xbox Series X|S, Xbox One, and Windows PC®/STEAM, with three categories for qualification – PlayStation, Xbox, and Steam. All registered players will receive a unique identifier code, which they will then redeem in the game to unlock the eSX Time Trials and a special edition Yamaha eSX in-game bike livery.

Click the image below to register for the eSX eSport Championship Presented by Yamaha. 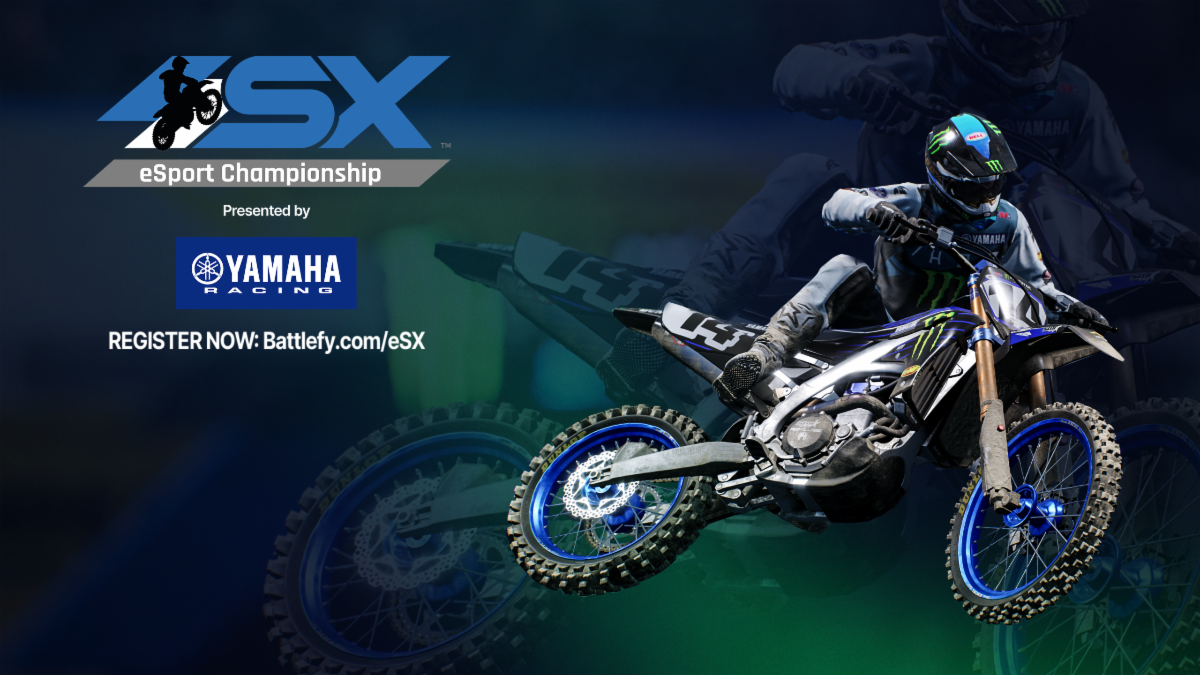 The 12 fastest riders from each platform will advance to the Heat Races. The rider’s single fastest time trial will be recorded and reflected on the leaderboard and there is no limit on how many times users can attempt to qualify.

Players will also have the option to see how their racing stacks up against other players in real-time by opting to race against “ghost” riders. Players can select “Race against ghost riders” and select from top players on the leaderboard, which will pit them against a transparent version of the selected rider. This is an exciting option that allows competitors to race against the best!

In phase 2, each console will have three separate Heat Races. The first race will determine seeding and position on the gate. The initial positioning for this race will be based upon overall standing on the leaderboard. The second race will determine the first and second players that will get to punch their ticket to the eSX Finals, as first and second place will secure their spot. For all 10 other riders, there’s still a chance to taste victory in the Last Chance Qualifiers. In the “Last Chance Qualifiers”, the remaining 10 riders will compete one last time, with the victor securing the 3rd and final spot for their platform to compete in the eSX Finals.

The eSX Finals will bring all platforms together and consist of the top 9 riders who will face off against each other to determine the true eSX Champion. There will be two races in this stage, the first race will determine seeding and position on the gate, and the initial positioning for this race will be based upon overall standing on the leaderboard. The second race is for all the marbles, and the winner will be crowned eSX Champion and receive the grand prize. 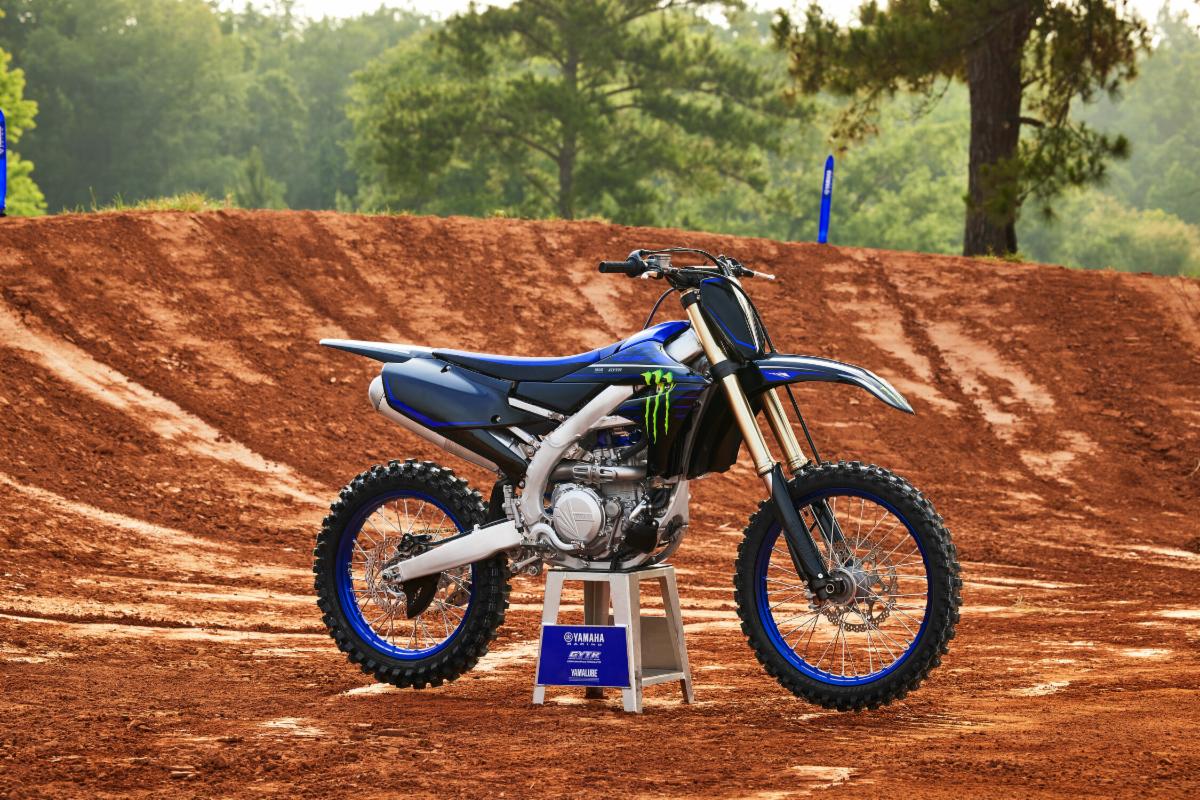 This year, all 3 podium riders will be receiving a Yamaha motorcycle, further upping the ante for all competitors! Second place will receive a Yamaha YZ125 and third will be awarded a Yamaha TTR110.

*Void where prohibited by law. Subject to availability in your area, sponsor reserves the right to substitute the prize with a prize of equal or greater value. You must be over the age of 18 to participate. The prize does not include the cost of applicable taxes and licenses to operate this vehicle.

**Must be a resident of the United States, residing in the continental United States, specifically excluding Hawaii, Alaska or any United States territories. More terms and conditions on Battlefy.com/eSX

Founded in Milan in 1996, Milestone S.r.l. is one of the leading and longest established racing game developers in the world. The 200-people team is responsible for hit series like MotoGP™ and MXGP – The Official Motocross Videogame as well as own IPs Ride and Gravel.

Battlefy is the leading global esports platform, powering over 230 thousand esports tournaments and leagues for Triple AAA game developers, consumer brands, sports organizations, colleges & high schools, professional teams, streamers, gaming communities, and fans. With competitions across every major game title, our mission is to help everyone with a passion for esports build an amazing and authentic experience for their fans, customers, employees, and friends. Visit battlefy.com/services for more information.

July 28, 2021 Motor Sports NewsWire ATV - Side by Side, Powersports Comments Off on Yamaha Motor USA Headlines Season Premiere of “Modern Marvels: Machines” on The HISTORY Channel