MORGANTOWN, WV – September 2, 2021 – (Motor Sports NewsWire) – Following a groundbreaking first gathering of top amateur motocross talent in the East Region, the second phase of the inaugural MX Sports Pro Racing Scouting Moto Combine, presented by U.S. Air Force Special Warfare, is set to commence as a precursor to the Maxxis Fox Raceway II National, Round 11 of the Lucas Oil Pro Motocross Championship. Southern California’s Fox Raceway will host the West Region section on Friday, September 3, where another contingent of elite prospects have been invited to take part in this pioneering new program. 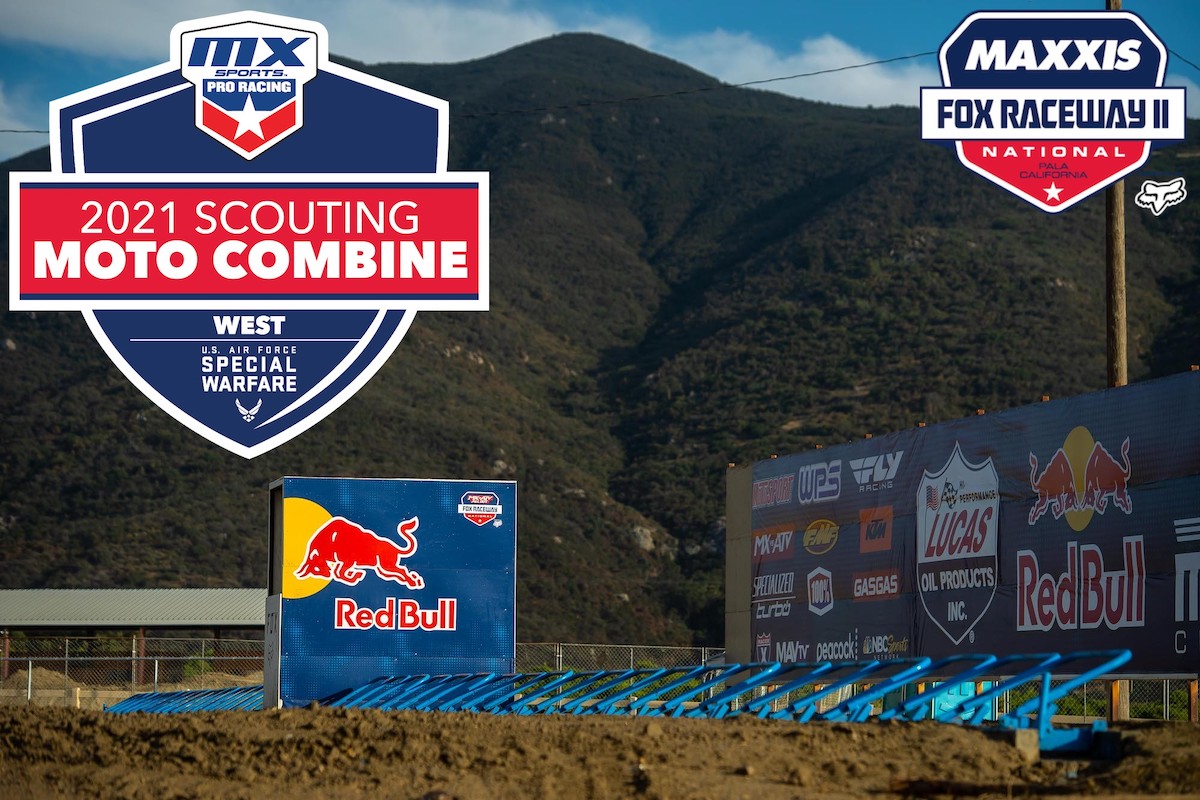 The collection of top A & B class riders that compose the West Region will be broken down into three groups, where they will be assigned to one of the three legendary riders that compose the combine coaching staff—AMA Arenacross icon Buddy Antunez, six-time AMA Pro Motocross National Champion Broc Glover, and former AMA Pro Motocross and AMA Supercross Champion Chad Reed. Their mentorship will provide insight into the many intricacies of the sport’s professional level, particularly on the racetrack, guiding each prospect to success during a pair of 25-minute-plus-two-lap motos.

The motos serve as the centerpiece of the combine, allowing racers to showcase their potential to the dozens of key industry personnel in the pro paddock, from factory race teams with storied legacies to team managers in search of new blood. The combine schedule will emulate that of a Pro Motocross National, creating a professional atmosphere that includes practice, staging, podium interviews, and post-race media sessions.

May 7, 2020 Motor Sports NewsWire Motorcycle - MX / SX, Powersports, Racing Comments Off on Join Us This Saturday for the Lucas Oil Pro Motocross Championship Watch Party from the 2013 Washougal National

Check Out the Action from the 450 Class Motos MORGANTOWN, WV – May 7, 2020 – (Motor Sports NewsWire) –  The Lucas Oil Pro Motocross Championship will host a watch party this Saturday, May 9th […]