Download Now at the iOS App Store and Google Play

MORGANTOWN, WV – May 27, 2021 – (Motor Sports NewsWire) –  With the anticipated start of the 2021 Lucas Oil Pro Motocross Championship, sanctioned by AMA Pro Racing, this Saturday, May 29, the official app of the world’s most prestigious off-road motorcycle racing series has been updated for an enhanced user experience during the new season. The Pro Motocross App is available for download on all mobile devices through the App Store, for all Apple products, and Google Play, for Android devices.

“With the ability to access virtually anything we need via our mobile devices, the Pro Motocross App has quickly become an important asset for fans of the sport to keep up to date with the championship,” said Davey Coombs, President of MX Sports Pro Racing. “The sanctioning body at AMA Pro Racing has continued to refine the app in advance of the new season, with the goal of making it even easier to keep fans engaged, no matter where they are, during all 12 rounds of the 2021 season.” 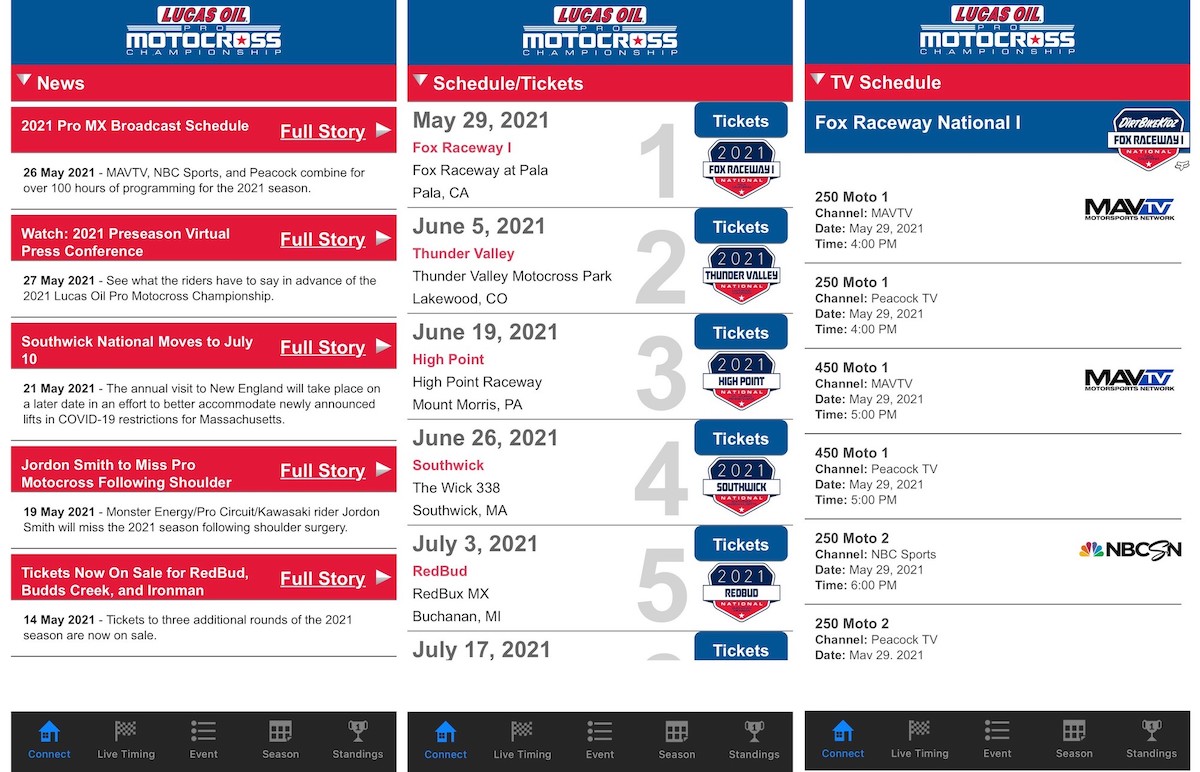 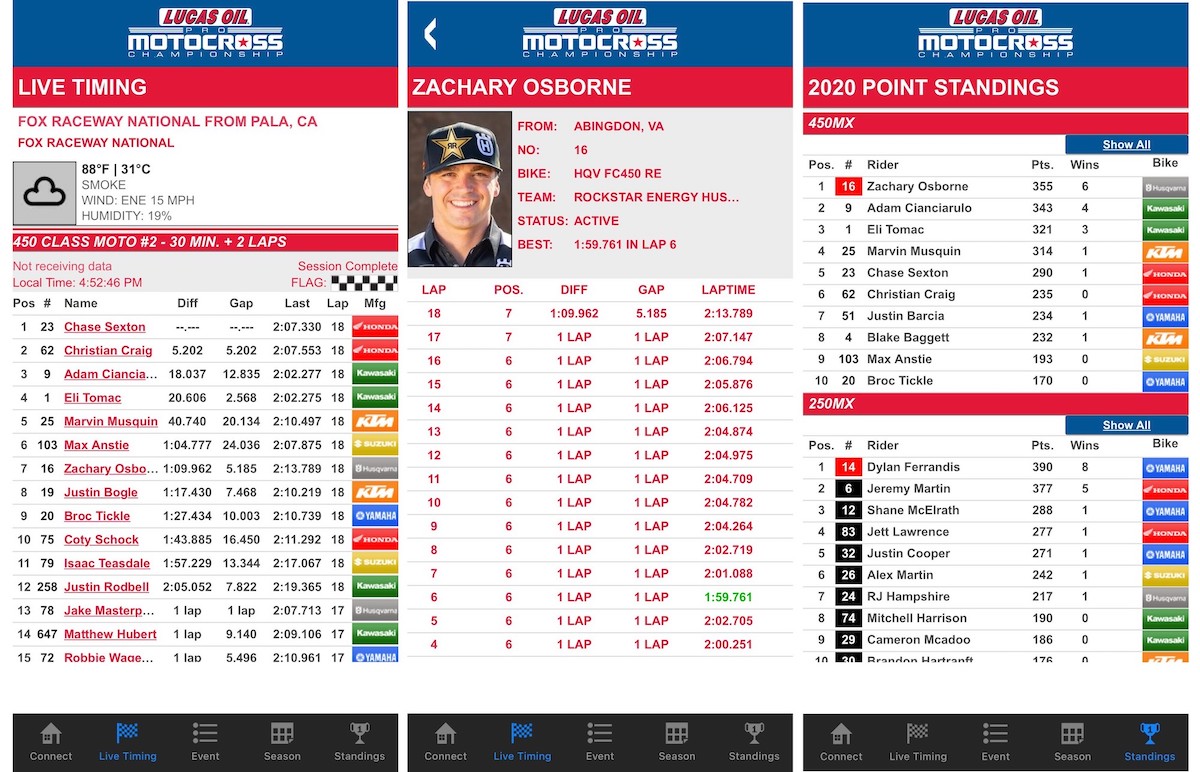 The 2021 Lucas Oil Pro Motocross Championship will consist of a 12-round schedule, beginning this Saturday, May 29, with the  DirtBikeKidz Fox Raceway I National. The summer season will bring the world’s best riders to 10 different states, including returns to many of American motocross’ most iconic venues, concluding on September 11 with the sport’s oldest event, the Carson City Motorsports Hangtown Motocross Classic in Sacramento, California.

Broadcast coverage of the season-opening Fox Raceway I National will feature a full slate of live action on both MAVTV Motorsports Network and NBC Sports Network, in addition to the exclusive live stream on Peacock. The opening motos of both the 250 Class and 450 Class begin at 1 p.m. PT / 4 p.m. ET live on MAVTV and Peacock, while coverage of the second motos will be showcased live on NBC Sports Network and Peacock, beginning at 3 p.m. PT / 6 p.m. ET. Peacock will also carry streaming coverage of qualifying, beginning at 10 a.m. PT / 1 p.m. ET.

How to Watch: DirtBikeKidz Fox Raceway I National

May 28, 2021 Motor Sports NewsWire Motorcycle - MX / SX, Powersports, Racing Comments Off on How to Watch: DirtBikeKidz Fox Raceway I National

Full Slate of Live Coverage on Deck for Season Opener MORGANTOWN, WV – May 28, 2021 – (Motor Sports NewsWire) – The 2021 Lucas Oil Pro Motocross Championship has arrived! In a matter of hours […]