IRVINE, CA – December 23, 2020 – (Motor Sports NewsWire) – After a prolonged hiatus of 17 years, MotoAmerica, North America’s premier motorcycle road racing series, is bringing Superbike racing back to Brainerd International Raceway in Minnesota, July 30-August 1, with the announcement that the series and all five of its classes will return to the land of 10,000 lakes for round seven of the 2021 MotoAmerica HONOS Superbike Series. 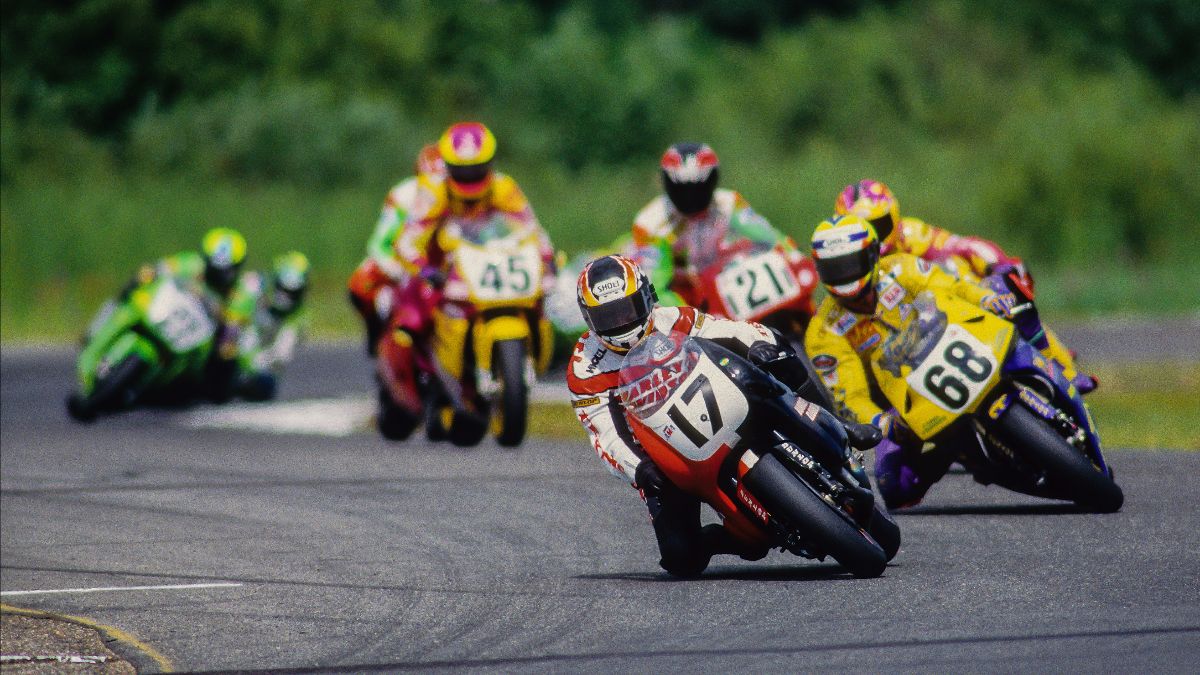 Miguel Duhamel (17) leads Mike Smith (68), Jamie James (hidden). Pascal Picotte (21) and Colin Edwards (45) in the heat of battle at Brainerd International Raceway in 1994. MotoAmerica is bringing Superbike racing back to BIR at the end of July after a 17-year hiatus. Photo by Brian J. Nelson

The last time Brainerd International Raceway played host to AMA Superbike racing was in June of 2004 with Jake Zemke besting Miguel Duhamel and Mat Mladin in the Superbike National. AMA Superbikes had a 13-year run at BIR, racing from 1992 to 2004. The facility also hosted the World Superbike Championship for three years in 1989, 1990 and 1991.

With the addition of the Brainerd round to the schedule, MotoAmerica’s 2021 championship features 10 rounds of HONOS Superbike racing that will begin at the Circuit of The Americas, April 16-18, with MotoAmerica again joining MotoGP at the Red Bull Grand Prix of the Americas in Austin, Texas – a round that was cancelled in 2020 due to COVID-19. The MotoAmerica series will conclude September 17-19 at Barber Motorsports Park in Birmingham, Alabama.

“Going back to Brainerd brings back good memories,” said MotoAmerica President Wayne Rainey. “That event was always one of the best. It was an awesome track to race on with great atmosphere and a lot of fans. The track has changed a lot since I raced there, but it still looks like a lot of fun. A few of our riders may have club raced at BIR, but I imagine that the majority have never been there so it will be a new experience for them, the teams and ultimately the fans. The track is located in a beautiful part of the country and we are really looking forward to getting up there at the end of July.”

“We are extremely excited to bring back national Superbike racing to BIR and team up with the staff at MotoAmerica,” said Brainerd International Raceway owner Kristi Copham. “It’s been the number-one question/request that has been asked in my 14 years of ownership. We are looking forward to a long, exciting relationship with MotoAmerica and everything it will bring to this area.”

The Brainerd/MotoAmerica agreement comes at a perfect time for the series and the racetrack as the new location takes over from Indianapolis Motor Speedway on the schedule. MotoAmerica was planning a return to The Brickyard in 2021 after its successful event there this past season, but IMS has committed to a car-racing-only schedule for 2021.

“MotoAmerica is an exciting and fan-friendly series that showcases some of the world’s best brands, bikes and riders and we enjoyed having them at the Indianapolis Motor Speedway in 2020,” said IMS President Doug Boles. “However, we have finalized a 2021 schedule at IMS that we hope will allow us to successfully execute our major automotive events and provides date flexibility for those events if needed. Motorcycles have raced off and on at IMS since we opened our doors in 1909, and we expect that we will welcome them back again in the future.”

“We anticipate the 2021 season to be our most exciting yet,” said Rainey. “The HONOS Superbike class is truly wide open and everyone seems to have a different opinion on who will be crowned champion at the end of the year. There are at least five or six riders with a realistic shot at the title and we can’t wait to get the series rolling again.”

* Dunlop Tire Test (all classes)
** Superbike only with MotoGP

To purchase tickets to any of the 2021 series rounds, click HERE

Record-setting Victory and High Drama for Team Hammer in Pittsburgh 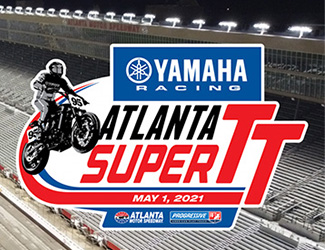