MotoAmerica Superbike Series To Begin Live On FS1 And FS2

IRVINE, CA – May 16, 2020 – (Motor Sports NewsWire) – While MotoAmerica’s opening round at Road America will take place without fans in attendance, May 29-31, those same fans and more will have the opportunity to watch Superbike racing as it happens with the season-opener set to be one of the first live sporting events on TV since COVID-19 brought changes to sporting schedules worldwide. MotoAmerica’s two Superbike races will air live on FOX Sports with Saturday’s series opener set for FS2 (4 p.m. Eastern) while Sunday’s second race (2 p.m. Eastern) will be featured for the first time on FS1 as the lead-in for NASCAR’s round at Martinsville. 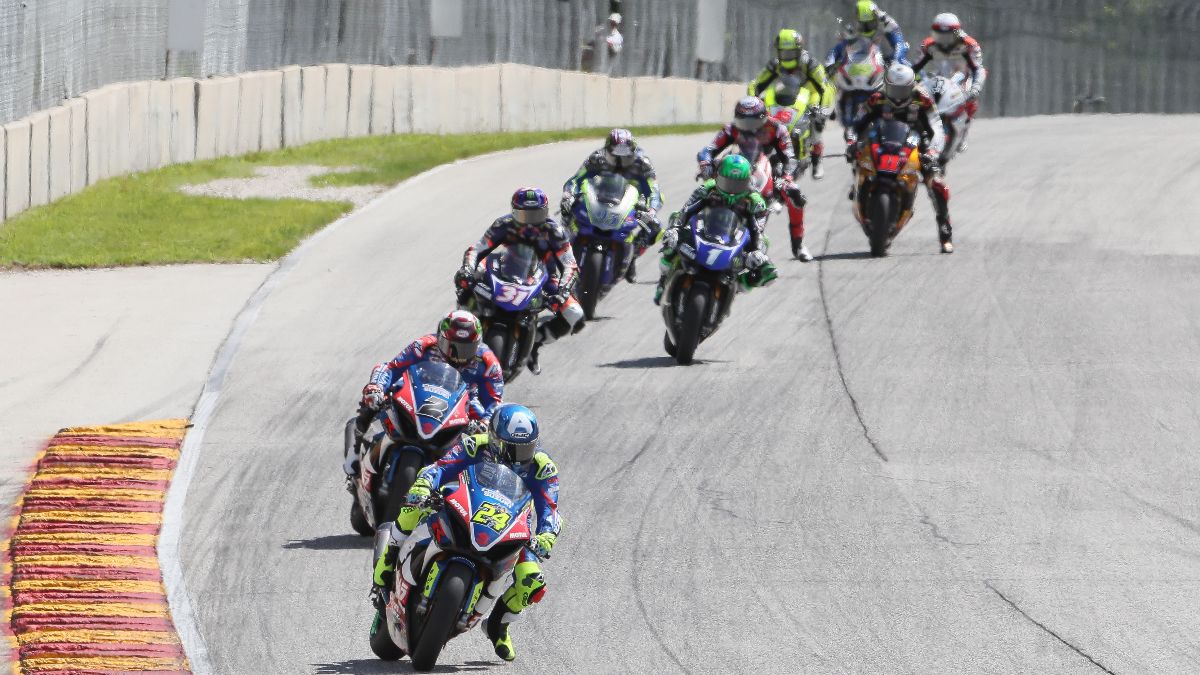 The opening round of the 2020 MotoAmerica Superbike Series will air live on FOX Sports from Road America in Elkhart Lake, Wisconsin, May 30-31. Photo by Brian J. Nelson.

As always, all five of MotoAmerica’s classes will be streamed live on the series’ live streaming and on-demand platform, MotoAmerica Live+.

Leading into the action-packed weekend of racing from Road America, FS2 will air the MotoAmerica season-preview show a week earlier on Saturday, May 23 at 7 p.m. Eastern.

“While racing without fans isn’t ideal, this is the best-case scenario as fans from around the world will be able to watch our series begin live at Road America in a variety of ways,” said MotoAmerica President Wayne Rainey. “Having the opportunity to race as the lead-in show before NASCAR’s round at Martinsville is a big deal for us as we haven’t had the chance to race live on FS1 before. On Saturday we will race on FS2 as we did last year with huge success and, of course, all our races will also be featured live on MotoAmerica Live+. It’s going to be a big weekend for us, and we can’t wait to bring our series opener to our biggest audience yet.”

MotoAmerica’s FOX Sports TV Schedule For May (All Times Eastern)

To purchase tickets to any of the 2020 series rounds, click HERE

For information on how to watch the 2020 MotoAmerica Series, click HERE

MotoAmerica Superbikes At The Brickyard Tickets On Sale November 1

The Return Of Motorcycle Racing At The Speedway is August 21-23 COSTA MESA, CA – November 1, 2019 – (Motor Sports NewsWire) –  MotoAmerica has announced that Indianapolis Motor Speedway will begin selling tickets to […]

The Heat Is On At Ridge Motorsports Park And No One Is Hotter Than Jake Gagne SHELTON, WA – June 28, 2021 – (Motor Sports NewsWire) – The most positive of the wannabe challengers to […]