“Young Gun” Kelly is fresh off a breakthrough first MotoAmerica season and figures to again be a strong contender in Supersport. The 17-year-old racked up seven podium finishes in 2019, including a spectacular double victory at Pittsburgh International Race Complex.

That impressive rookie MotoAmerica campaign was previewed by an eye-opening performance in the 78th Daytona 200 where he became the youngest pole winner in the prestigious event’s history and ultimately claimed a runner-up finish, and then celebrated with a Moto2 World Championship wild card ride at the season’s end.

“I’m absolutely pleased to be racing another season with Team Hammer and ready for my second year in the Supersport class,” said Kelly. “My goal was to race two years in Supersport and the idea is to take what I learned the first time and do more.

“Last year was great,” added Kelly. “We had some nice accomplishments and also some tough times like there will always be in racing, but overall I enjoyed it and thought it was a really fantastic season. This time, we hope to be even stronger.” 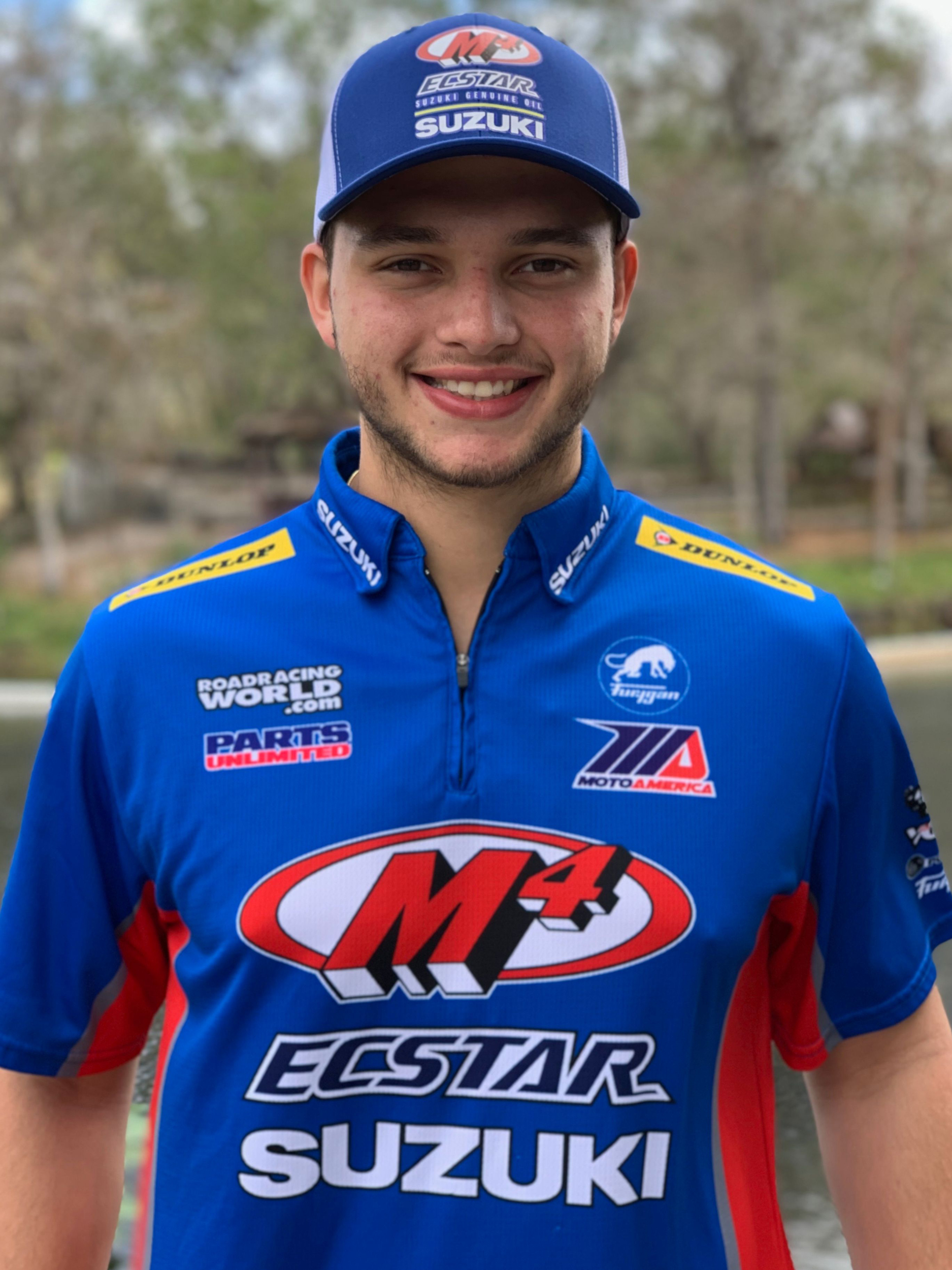 Rising young star Lucas Silva will race in Supersport on an M4 ECSTAR Suzuki GSX-R600. The native Brazilian emigrated with his family from São Paulo to Miami, Florida in 2008, and quickly joined the local racing scene with his older brothers.

Building on the experience he gained campaigning his first full MotoAmerica season in 2018 with four consecutive Superstock 600 top-10’s and an eighth-place overall finish, Silva took his game to another level in 2019. Last year, he rode an Altus Motorsports Suzuki GSX-R600 (with technical support from Team Hammer) and finished 11th in the MotoAmerica Supersport standings, improving his set-up skills, consistency and overall speed in the process.

“This is an amazing opportunity to race with Team Hammer and my family has worked hard to achieve it,” said Silva. “It is a dream come true for us. I had a good first year on the Suzuki GSX-R600 last year and I have been working hard training this off-season. I fell in love with the Suzuki last year and was more competitive as the year went on. I think my strong suit is being smooth and the GSX-R really suits me.”

For his first season with Team Hammer in 2019, Dumas became the MotoAmerica Twins Cup Champion. He proved particularly formidable aboard the Roadracing World Young Guns Suzuki GSX-R600 down the stretch, stacking up eight-straight podiums to close out the season, including five race wins. And for the second consecutive season, he earned a championship with more than a full race’s advantage in hand, securing the title by a 26-point margin.

“I’m really excited to return to Team Hammer,” said Dumas. “I had a good experience my first season and moving up to the Stock 1000 class should be good for me. Having success last season helped my confidence and it was good to step up my game and achieve some nice results. I look forward to continuing against some fast guys this year.”

August 10, 2020 Motor Sports NewsWire Motorcycle - Road Racing, Powersports, Racing Comments Off on One up for Kyle Wyman in the MotoAmerica Superbike Championship after PittRace 2020

Herrin Wins Race One At PittRace