ENNIS, TX – October 15, 2019 – (Motor Sports NewsWire) –  It was a shocking start to the NHRA Mello Yello Countdown to the Championship for reigning Top Fuel world champ Steve Torrence. But the talented Texan has more than made up for it at the past two races, looking back in championship form as he heads to his NHRA Mello Yello Drag Racing Series home track with another world title on his mind.

Torrence started the six-race playoffs with a first-round loss – his first opening-round loss since February and first in the Countdown to the Championship since 2016 – but those concerns immediately went by the wayside. He rebounded with a final round appearance in St. Louis and a victory on Monday in Charlotte, regaining the points lead in his 11,000-horsepower Capco Contractors dragster and putting Torrence back on track for a possible second straight title heading to Texas Motorplex for this weekend’s 34th annual AAA Texas NHRA FallNationals. 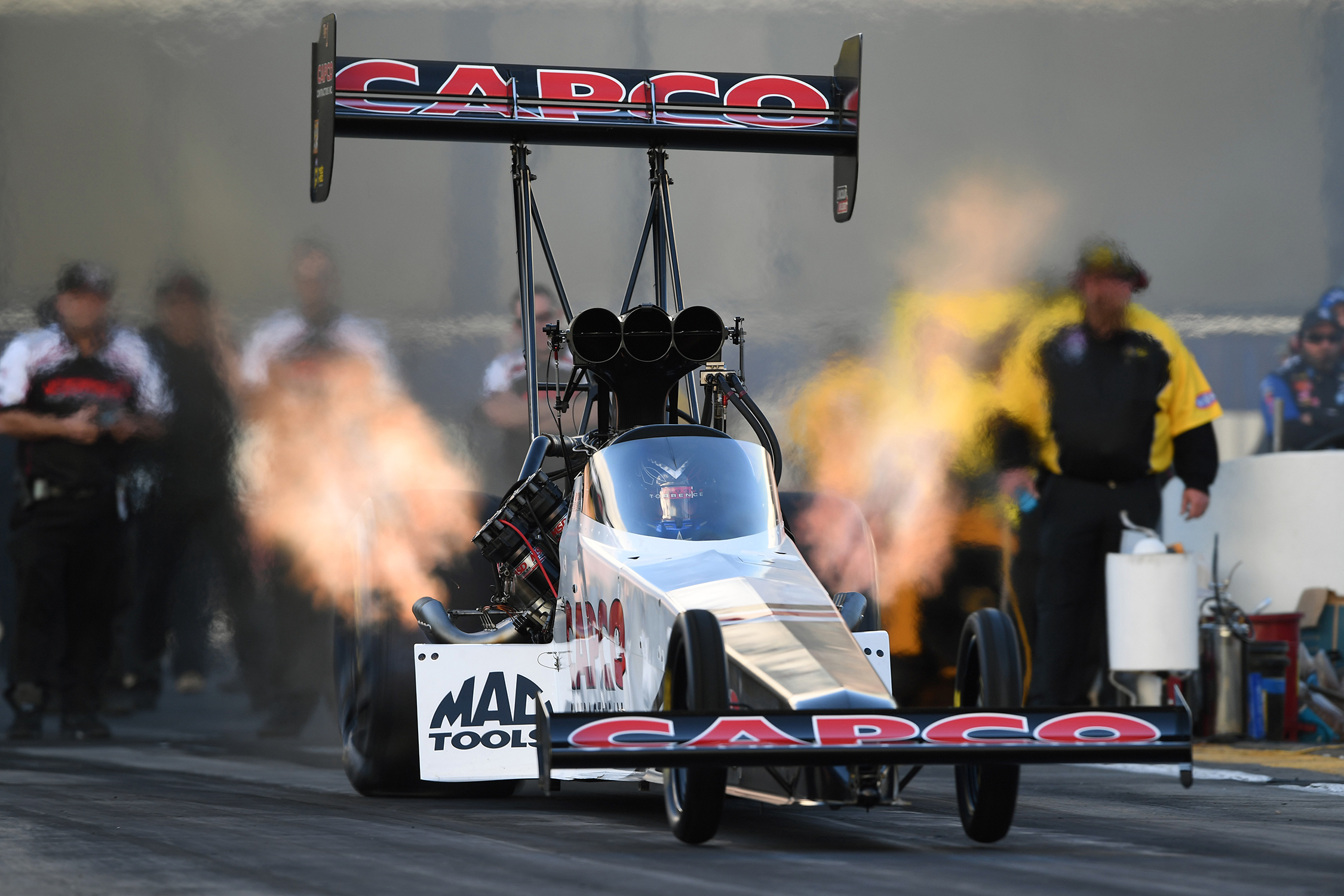 “You have to go rounds and you need to win races,” said Torrence, who has nine wins in 2019. “I think we need to win two more races to be pretty solid and have an opportunity to win another championship. We’ll just do the best we can do. I’m looking forward to going to Dallas. It’s a good time right now having the momentum going back-to-back. We need to try to go there and carry this momentum and see if we can be successful.”

Torrence (Top Fuel), Robert Hight (Funny Car), Tanner Gray (Pro Stock) and LE Tonglet (Pro Stock Motorcycle) were last year’s winners of the event that will be televised on FOX Sports 1 (FS1) in 2019, including live final eliminations coverage 2:00 p.m. (ET) on Sunday, Oct. 20. It is the fourth of six playoff races and 22nd of 24 races during the 2019 NHRA season, and Torrence appears to be building toward another big finish after his Charlotte win.

Torrence qualified No. 1 at the race and then beat his closest competitor, veteran Doug Kalitta, in the final round. It gave him 36 career wins, with 28 of those coming since 2017. It’s an incredible pace he’s kept, but Torrence has simply tried to stay in the moment. He credits crew chiefs Richard Hogan and Bobby Lagana for keeping him locked in, especially as the pressure rises with each race during the Mello Yello Countdown to the Championship.

“You can allow yourself to succumb to the pressure or you can look at the situation for what it is,” Torrence said. “You don’t do anything differently in the last six races that you did the first 18 (in the regular season). You just keep that mindset and you can’t lose focus with what you’re doing. You just have to block out who that guy is, whether it’s Doug Kalitta or Tony Schumacher or Doug Kalitta, or whoever. You can’t let what or who’s in the other lane influence you.”

Torrence will aim to be ready for the task at hand in Dallas, where he will look for a second career Top Fuel win. He stretched the lead to 30 points over Kalitta with the Charlotte victory, but it is far from over. Brittany Force, the 2017 world champ and Dallas winner, is still in contention and remains 92 points behind Torrence. Kalitta is hungry for his first career world title, but Torrence is simply worried about pushing forward and maintaining consistency. It’s a formula that’s worked almost perfectly the last two seasons, and Torrence has no reason to change it.

“We don’t run the big numbers, but we go out and try to race to win,” Torrence said. “I’d rather turn win lights on than have pretty time slips. We didn’t have the start to the Countdown we wanted, but we got it turned around. Ultimately, you need to go out and try to win all of them. We just need to maintain our consistency. We stumbled in Reading and maybe we had relaxed a little too much. We redirected our focus and got back on the same page (in St. Louis) and went back to what got us to that point.”

Pro Stock’s Jason Line opened the playoffs with a win, but Erica Enders has taken over the points lead. She’ll look to keep it against standouts like Bo Butner, Alex Laughlin and Matt Hartford.

Eddie Krawiec has three wins in the past six years in Pro Stock Motorcycle at the track, but he’s seeking his first win of 2019. He’ll try and get it against teammate and points leader Andrew Hines, as well as playoff winners Karen Stoffer and Jerry Savoie, and defending world champ Matt Smith.

The AAA Texas NHRA FallNationals will also feature thrilling competition in SAM Tech NHRA Factory Stock Showdown, which makes its final stop of 2019, as well as the NHRA Lucas Oil Drag Racing Series, which showcases the future stars of the sport. For the first time, the Summit Racing Equipment Mid-West Pro Mod Series (MWPMS) will stage an unprecedented 16-car, eighth-mile exhibition race presented by Atomizer Racing Injectors. This exciting field will compete throughout the weekend including a final round of eliminations on Sunday in front of the NHRA raceday crowd. After Nitro qualifying on Friday, fans can also watch the spectacular “Lone Star Lightning” Jet Dragster driven by Tammy Gatlin and “The War Dance” jet car driven by Ralph Snyder. Jet cars are thrust driven vehicles propelled by jet engines with exciting pre-run flame shows.

NHRA fans can take part in the Mello Yello Walking Tour to see the cars and teams hard at work in the pits. Fans can also attend Pro Stock Motorcycle School and Nitro School to learn how the cars operate and reach their thrilling speeds. Texas Motorplex will also host a Mello Yello autograph session and allow fans to meet their favorite drivers as well as the Sealmaster Track Walk hosted by NHRA announcer Joe Castello. Another can’t-miss experience is the winner’s circle celebration on Sunday after racing concludes. NHRA fans are invited to congratulate the winners of the event as they celebrate their victories. 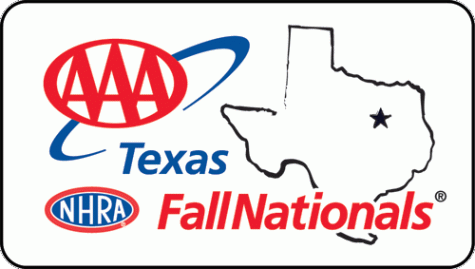 To purchase tickets, call 800-668-6775. Military and first responders can save 20% on adult single day tickets at NHRA.com/govx. Tickets also are available online at www.texasmotorplex.com. For more information about the NHRA visit www.NHRA.com.

CHANDLER, AZ – February 17, 2020 – (Motor Sports NewsWire) –  Last season wasn’t up to the usual impressive standards from Antron Brown, but you won’t find an ounce of discouragement from the three-time NHRA […]

CHANDLER, AZ – February 19, 2018 – (Motor Sports Newswire) –  After a year that did not meet the high expectations for eight-time Top Fuel world champion Tony Schumacher, the veteran knew there needed to […]