BREA, CA – February 25, 2019 – (Motor Sports Newswire) – The JGRMX/Yoshimura/Suzuki Factory Racing Team headed north to Ford Field in Detroit, Michigan this past weekend for round eight of the 2019 Monster Energy Supercross Championship and the second Triple Crown event. RM-Z450 rider and two-time 450 Supercross Champion, Chad Reed, was the talk of the evening as he finished third overall, adding to his impressive hall of fame record with a total of 132 podium finishes.

Reed’s talents were on full display in Detroit and he continues to deliver strong results at the mid-point of the season. In the first race of the evening, “Speedy” raced with the leaders before finishing third. He used great starts on his Suzuki RM-Z450 and excellent line choices to remain steady throughout the remaining three main events in the unique Triple Crown format which rewards speed and consistency.

“Finishing third in the first main was a great step,” said Reed. “I was super excited to get back on the podium, which was my 132nd top-three finish. I’ll take the small wins from the weekend. My top priority is to continue improving in those areas, so I can have a shot at winning one of these things!” 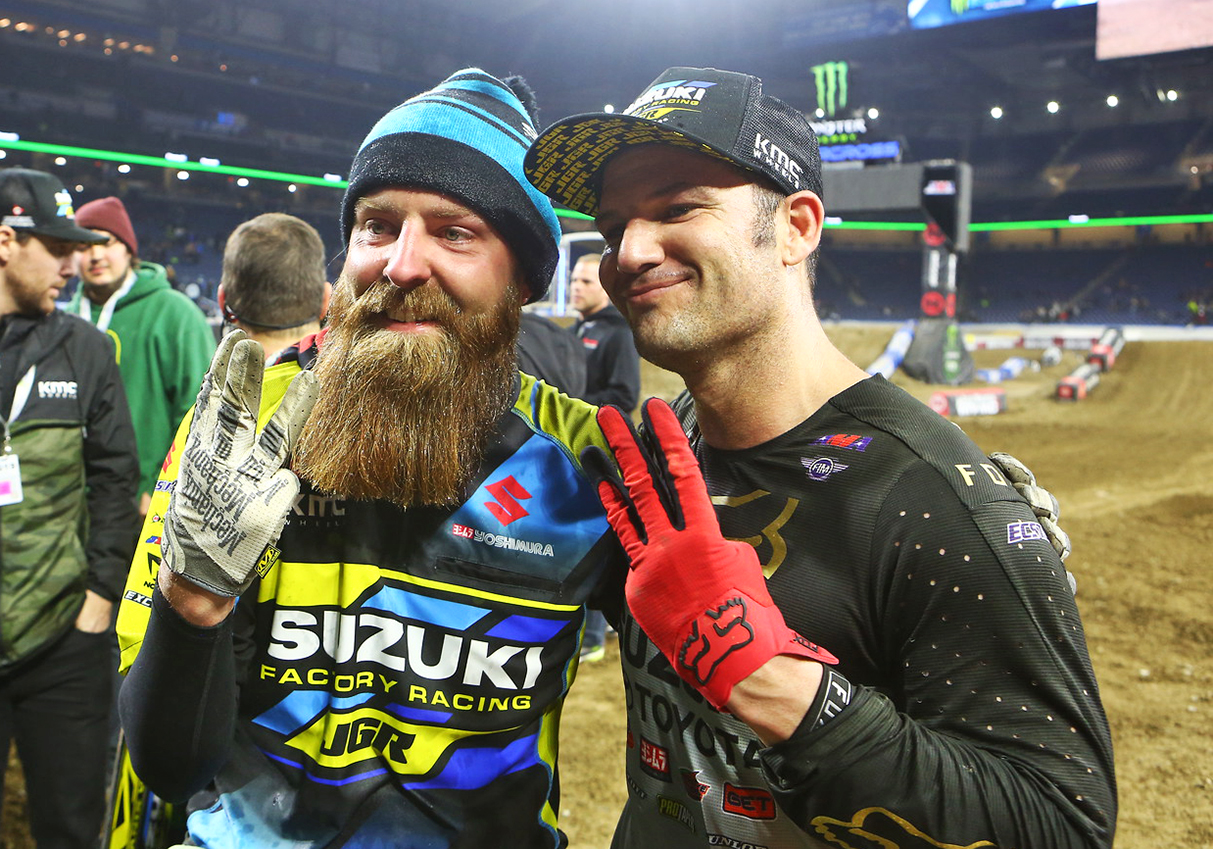 Reed’s 450 teammate, Justin Hill, was fast in qualifying, logging a strong top-ten time. Still recovering from a rib injury sustained in San Diego, the 23-year-old showed comfort on the RM-Z450 in Detroit but dealt with tightness during the night program which left him 13th overall.

Justin Hill (#46) pushed past discomfort from recent injuries to finish well but remains focused on stronger results in the future.

“Justin said that he felt flat in terms of energy, and he plans to keep working with the team to improve his results,” said Jeremy Albrecht, Team Manager. “I know that he has the speed and if he would ride at the races like he does during the week, then he would be in a great position for a break-out ride. I feel that Chad getting on the podium should help all of us keep working hard to get the results that our team deserves.”

In the 250 East, Alex Martin once again showed his pace by placing third-fastest in combined qualifying. He followed up that impressive effort by riding his Suzuki RM-Z250 to a third place in the second main event. With a sixth place overall finish, Martin remains in the championship point’s chase. 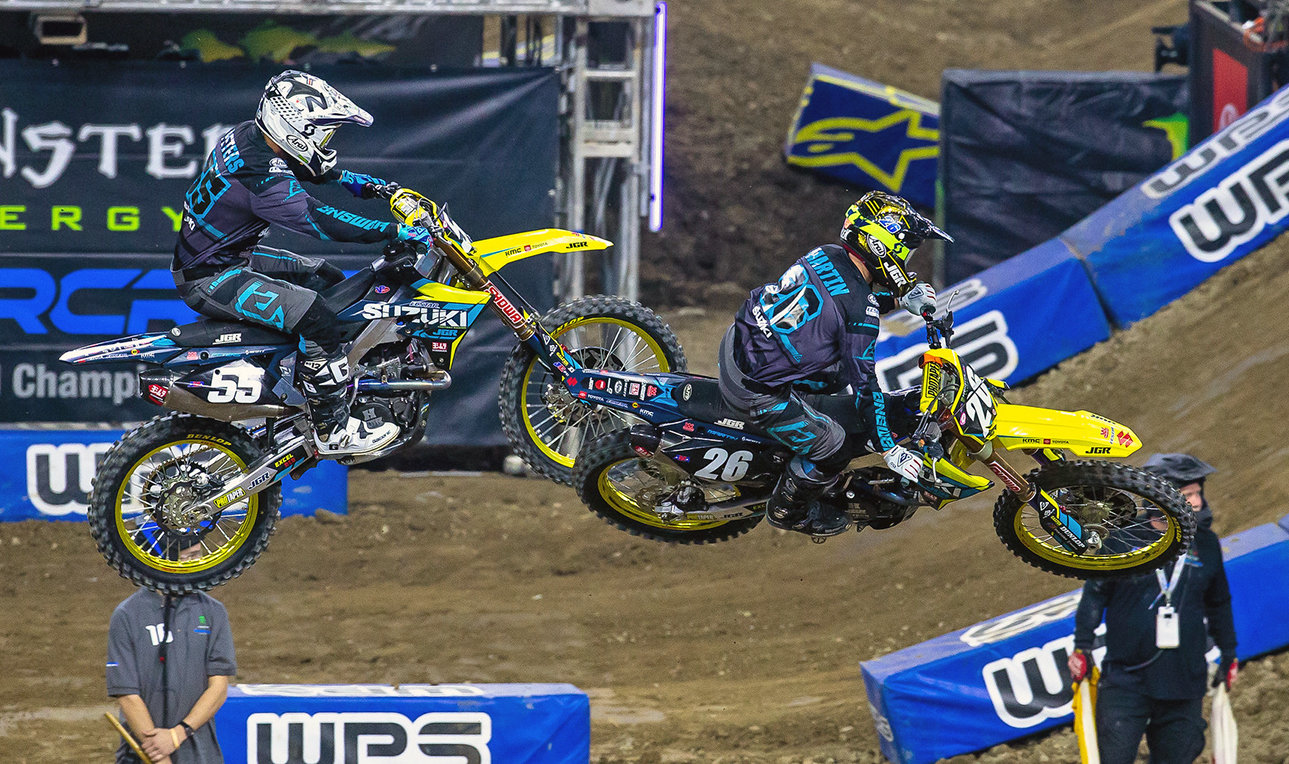 RM-Z250 teammate Kyle Peters has shown incredible speed during weekly test sessions. He is focused on carrying that intensity over to race weekends. Peters improved in every main event at Detroit but unfortunately finished eighth overall.

Albrecht continued, “It was nice to see Alex on the podium in the second main. He had some speed in the final race, but he didn’t get a good enough start to battle for a podium position. It took Kyle a little longer to get the track dialed, but he kept pushing. His third main was his best of the night. I can’t wait to see all of our guys race each other next week in Atlanta for the 250 East/West Shootout.”

The JGRMX/Yoshimura/Suzuki Factory Racing Team will travel to Mercedes-Benz Stadium in Atlanta, Georgia on Saturday, March 2nd for the ninth round of the 2019 Monster Energy AMA Supercross Championship. This will also serve as the first of the two 250 East/West Regional Supercross showdowns where riders from both series go head to head.

CHINO, CA – October 19, 2019 – (Motor Sports NewsWire) – Just added to our collection is our V2 wool snapback hat. Sublimated patch, nice embellishments, and a deep crown. If its good enough for […]