Cunningham — A True Renegade Wins No. 3
Kevin Cunningham put himself in the GNCC record books as the first, three-time 4×4 Pro ATV class champion. With a solid runner-up finish at the Powerline GNCC over the weekend, Cunningham wrapped up the 2018 GNCC 4×4 Pro ATV class championship, giving him three consecutive titles. Since the 4×4 Pro ATV class came into existence in 2014, Can-Am has won every title. Bryan Buckhannon won the title in 2014 and 2015, while Cunningham has won the last three. In fact, Can-Am has won at least one 4×4 championship each year since it officially started competing in GNCC racing in 2005, making it the most dominant 4×4 ATV brand in the national series. 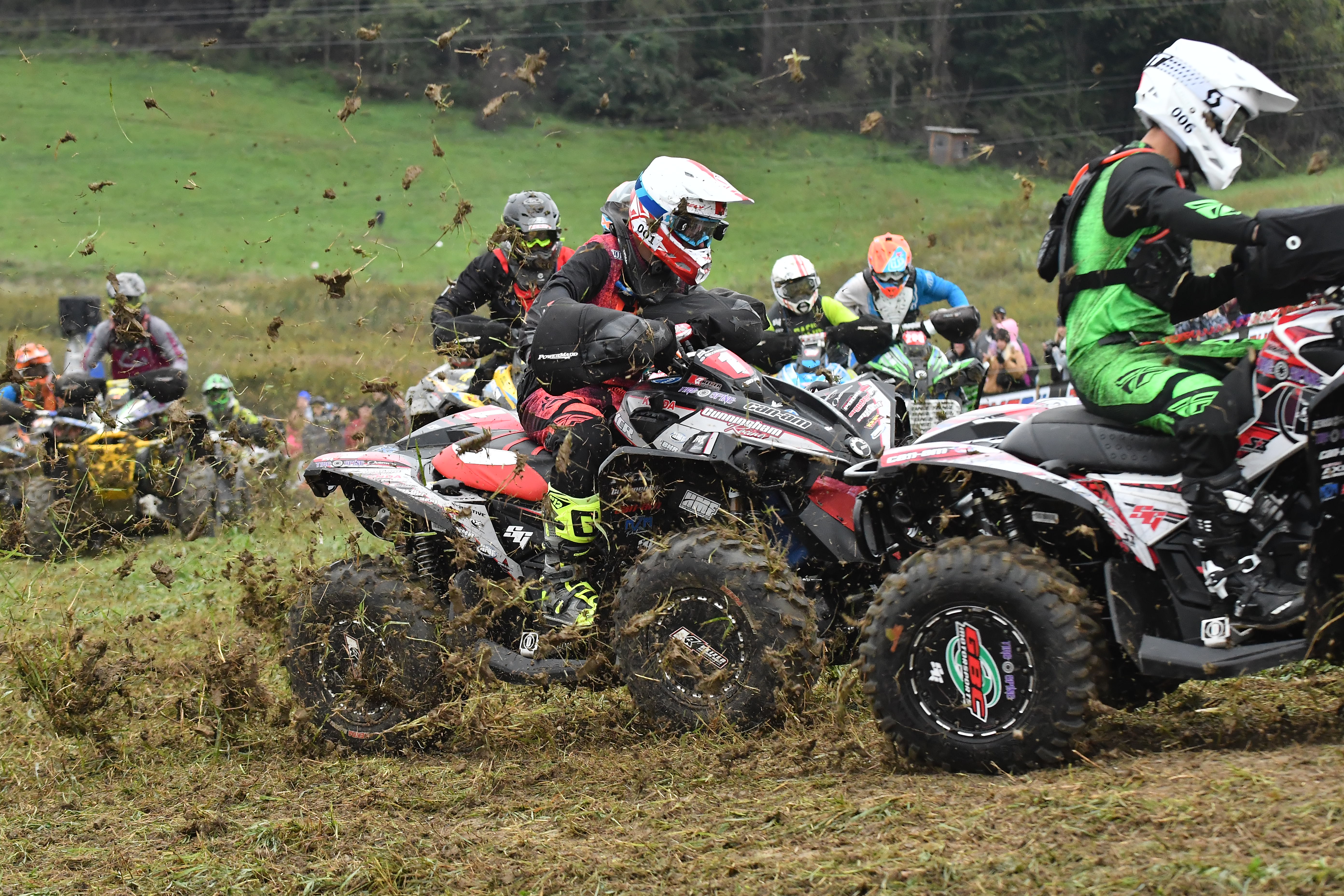 “Kevin has proven himself and the Can-Am Renegade ATV platform he competes on, once again, with yet another 4×4 Pro class championship,” said Jeff Leclerc, Can-Am race department, team leader. “It’s not easy to always run up front, to be so consistent, and to win three straight titles in any racing format, but Kevin has done that very thing of which that many riders dream. Our entire racing team, management and everyone at BRP is excited for him for this accomplishment.”

Cunningham, who has eight wins and three second-place finishes this year, continues to impress behind the bars of the Can-Am Renegade X xc 1000R, the most powerful production 4×4 ATV on the market. While his Can-Am teammate Landon Wolfe took the win at Round 12 and looks to be maturing into a legitimate title contender with each passing round, Cunningham was the rider raising the season’s No. 1 plate after the race. Can-Am Renegade ATV racer Dwight Pollard joined Cunningham and Wolfe on the podium, giving Can-Am another 4×4 Pro ATV class sweep to go with four other amateur class victories in St. Clairsville, Ohio.

Miller, McCoy, Chaney — The end is near for these Can-Am Maverick X3 pilots
With the GNCC racing management announcing the end of its participation in side-by-side vehicle racing, three Can-Am Maverick pilots will be going all out at the Ironman GNCC finale to see who wears the final crown. Kyle Chaney (Can-Am / XPS Lubricants / CT Raceworx) won the XC1 Pro Turbo side-by-side vehicle class at the Powerline GNCC this weekend in his Maverick X3 side-by-side vehicle to come with striking distance of his third career title, moving into a second-place tie with Can-Am racer Jamie McCoy. Both racers currently sit 11 points behind current XC1 Pro Turbo class points leader and Maverick X3 pilot Hunter Miller (Miller Racing / Can-Am), who simply needs to find the podium to win his first career GNCC championship. 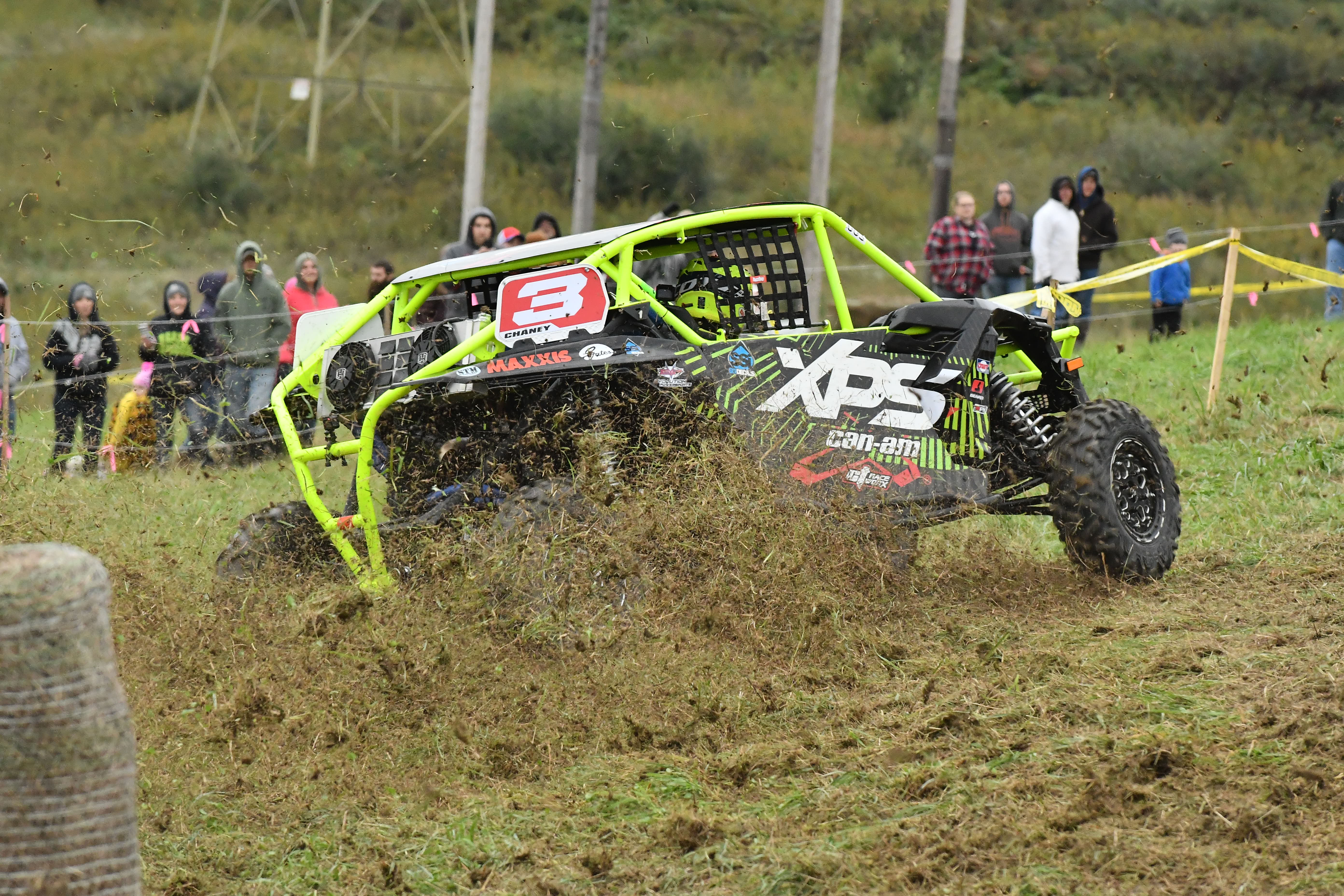 Chaney was in fourth place when the vehicles entered the woods, but took the lead later on during the first lap. He then took over and never looked back, earning his third straight class win. McCoy was fourth and Miller seventh, setting up the final championship showdown on Oct. 27, in Crawfordsville, Ind. Can-Am will have a large presence at the finale to celebrate all its racers and its guaranteed XC1 Pro UTV championship.

We are a global leader in the world of powersports vehicles, propulsion systems and boats built on over 75 years of ingenuity and intensive consumer focus. Our portfolio of industry-leading and distinctive products includes Ski-Doo and Lynx snowmobiles, Sea-Doo watercraft, Can-Am on and off-road vehicles, Alumacraft and Manitou boats, Evinrude and Rotax marine propulsion systems as well as Rotax engines for karts, motorcycles and recreational aircraft. We support our lines of product with a dedicated parts, accessories and clothing business to fully enhance your riding experience. With annual sales of CA$4.5 billion from over 100 countries, our global workforce is made up of around 10,350 driven, resourceful people. 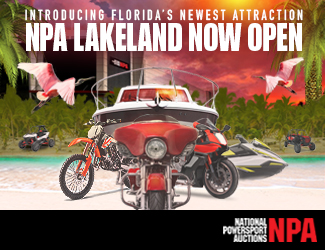