LAS VEGAS, NV – May 6, 2018 – (Motor Sports Newswire) – It was a historic and monumental night for Rockstar Energy Husqvarna Factory Racing’s Jason Anderson and team. Having never captured a 450SX championship since the brand’s inception 115 years ago, the most prestigious title in the sport was theirs when the checkered flag flew on Saturday for the final round of the 2018 AMA Supercross Championship in Las Vegas. The premier class title marked Jason Anderson’s first in only his fourth season as a 450 rider. The 25-year-old grabbed the red plate at round two with a win and never looked back, outlasting the deeply stacked and talented field. 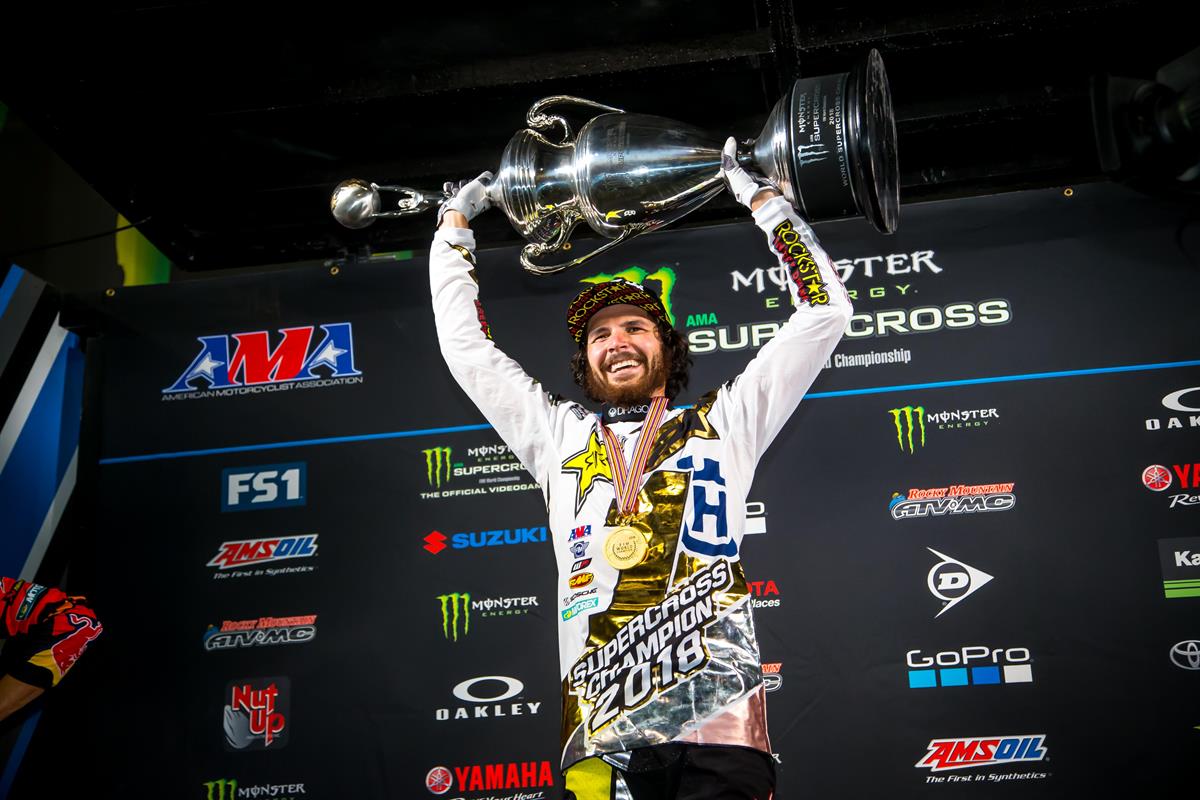 A successful collaboration between the Rockstar Energy Husqvarna Factory Racing team and the Husqvarna Motorcycles engineers, gave birth to the FC 450 Rockstar Edition. Inspired by their dedication to perform at the highest level, this successful collaboration is the foundation that achieved the brand’s first-ever premier Supercross title. In a sport of absolutes that requires exceptional courage, meticulous preparation and unwavering determination, Jason Anderson and the Rockstar Energy Husqvarna Factory Racing team paved the way to this historic milestone. Our pioneering spirit, powered by the support of our partners, will continue to progress the sport through athlete and machine. With the mindset of always looking ahead, the pioneer seeks the next opportunity to elevate themselves.

With a monumental championship on the line, Anderson took on a conservative approach to the final round. Qualifying third, the newly-crowned 450SX Champion got off to a top-three start in his heat, where he settled into second early on. He maintained his second-place transfer position for the remainder of the heat race, shifting his focus toward the Main Event. Anderson got a top-ten start in the Main Event but he quickly established himself in the fifth-place position early on. He maintained a solid pace for the remainder of the 21-lap Main Event to finish fifth overall on the way to claim his first-ever 450SX title. 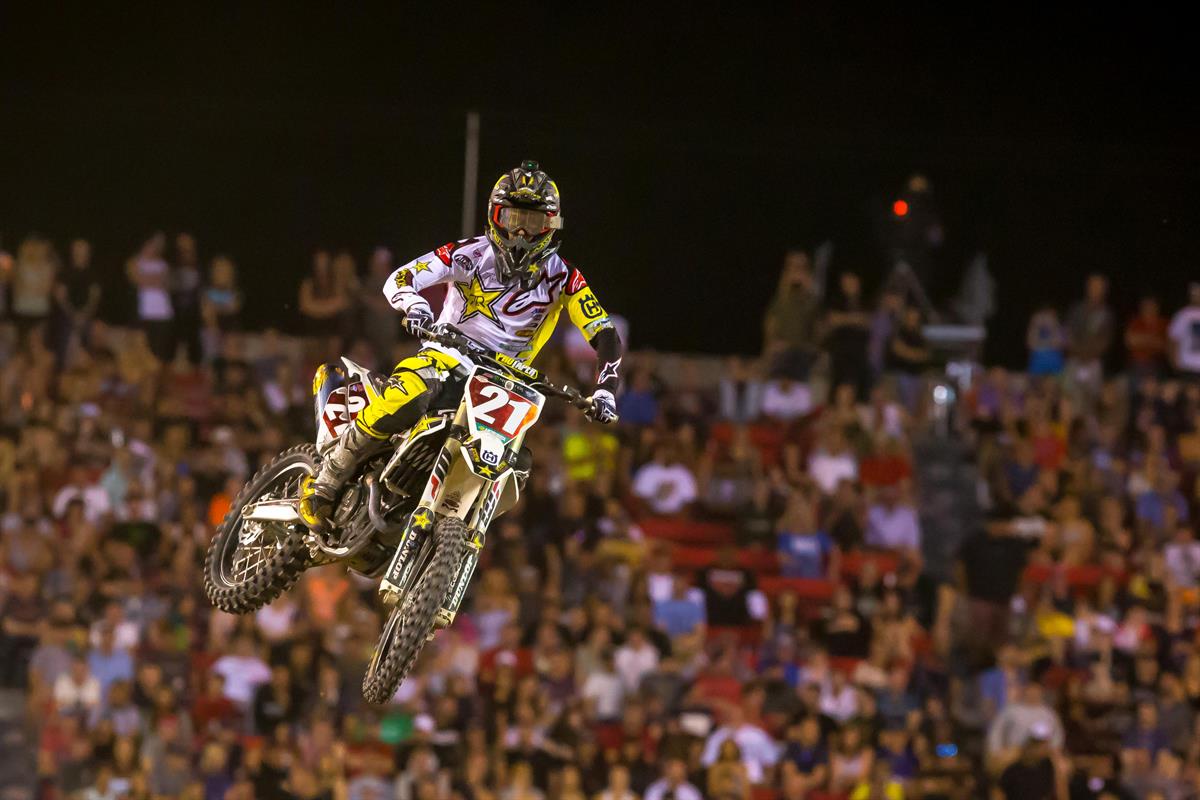 “Today was really stressful, but I feel like I handled it really well and came out with the championship,” Anderson said. “I’m so excited. We put our whole lives into this, we’ve been riding dirtbikes for so long and to win this championship, me and my team, it’s the most surreal moment of my life up to this point.”

Teammate Zach Osborne also made history as he successfully defended his title and claimed his second-consecutive 250SX East Championship aboard his Husqvarna FC 250. Osborne continued to outsmart the competition and displayed his razor-sharp agility as he experienced continued success and progression the entire season. 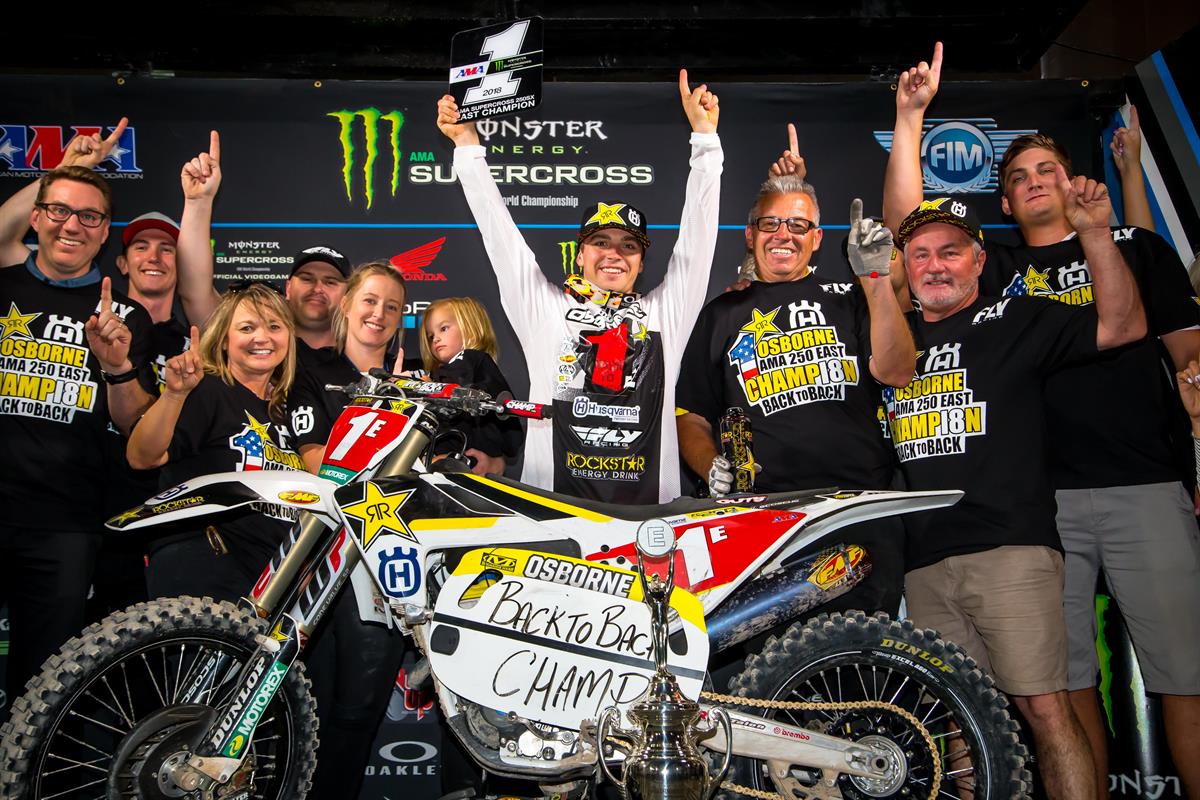 Osborne set the tone for the day as top qualifier in the 250SX East division, where he went on to capture a commanding heat race win. As the gate dropped for the 250SX E/W Showdown Main Event, Osborne had trouble getting off the line as he found himself nearly last at the start of the opening lap. Osborne immediately began climbing through the pack to reach a top-ten position by the end of lap one. With a championship mindset, Osborne maintained his seventh-place position to emerge as a two-time 250SX champion as the checkers flew.

“This year has been tough for me. I’ve had to fight every inch for this championship,” Osborne said. “Jordon and the rest of the guys rode really awesome this whole season and gave me a heck of a challenge. This was the hardest one so far, I would say, but it’s amazing to be a three-time champion.” 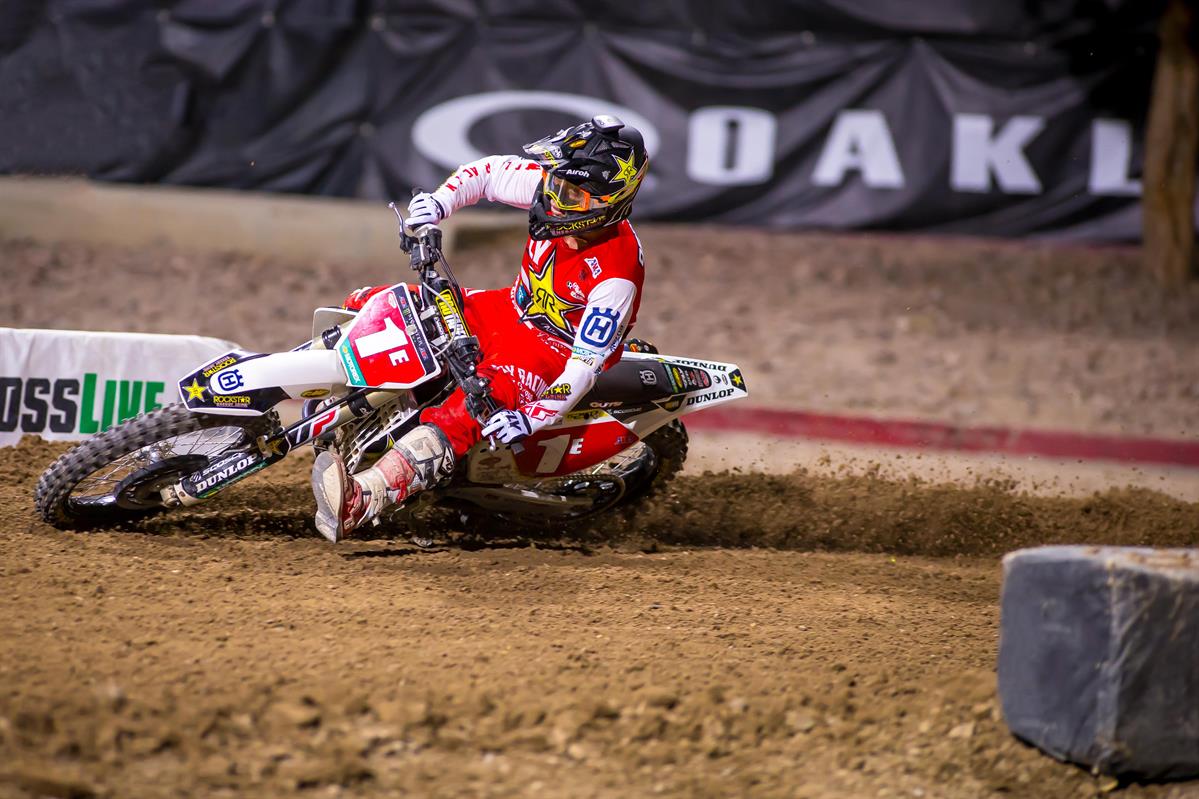 250SX East Rookie Michael Mosiman grabbed an impressive holeshot in the heat race, where he led the first two laps before his teammate Osborne took over the lead. Mosiman went on to capture a fourth-place transfer into the 250SX E/W Showdown Main Event. He didn’t get a favorable start in the main, where he began in 16th on lap one. Mosiman fought his way up to 12th to claim a career-best finish.

“My rookie season has come to a close!” Mosiman said. “It was a good day. I really felt good, I kind of got into my flow and started playing with the bike and moving things around and it was good to find some consistency.”

250SX West competitor Mitchell Harrison grabbed a seventh-place transfer position in his heat race to secure his spot in the stacked E/W Showdown. Harrison got off to a mid-pack start where he battled for a top-ten position for most of the race before dropping back to ultimately finish 17th.

Dean Wilson fought through the pain of a dislocated thumb that he sustained last round in Salt Lake City to claim a top-ten finish at the finale. Wilson secured a solid transfer into the 450SX Main Event with a top-five finish in his heat race. He got off to a top-ten start in the Main Event and held strong to finish eighth for the night, securing seventh overall in the 450SX Championship Standings.

“The last round of SX was really a tough weekend,” Wilson said. “I’ve been dealing with nagging injuries all season and last weekend I injured my thumb from something that wasn’t my fault, so that was kind of frustrating because I was riding with pain all day. Seventh overall in the series is not that great of a result but I finished the season. I know I’m better than what I did but injuries kind of held me back this season.”

This achievement also comes as a career-first for Team Manager, Bobby Hewitt, who since taking the team from a privateer effort to a full factory program has successfully managed to collect several historical accolades, and continues to lead the team on a pioneering journey forward. Hewitt’s belief in Anderson’s talent from a very young age ultimately led to his career with Husqvarna, which extends another four years.

“This is what we’ve worked for,” Hewitt said. “It’s definitely a milestone – for us, for Husqvarna, for Rockstar, for all the staff – everybody. No one realizes how much work goes into it and to be able to bring home two championships – one in each class; very few are able to do that. I’m proud of the staff, I’m proud of the riders, I’m proud of everybody. I couldn’t be happier right now.”

Husqvarna Motorcycles’ continued success is due to the solid core of people that are committed to a never-ending climb for greatness. This historic moment is felt by the entire organization behind Husqvarna Motorcycles and there exists an endless list of individuals that have contributed to this highpoint. Included in this list is Global Motorsports Partner, Rockstar Energy. With the continued and essential support from Rockstar Energy, the Husqvarna brand has been able to grow and achieve monumental success.

“The Rockstar Energy Husqvarna Factory Racing team did an outstanding job this season, earning the brand its most distinguished victory in its 115-year history,” commented Blaine Schuttler, Husqvarna Motorcycles North America Managing Director. “The foundation of the success for Husqvarna is part of a group effort to which we owe thanks to Global Motorsports Director, Pit Beirer; Vice President of Motorsports Off-road, Robert Jonas; North American Vice President of Motorsports, Roger DeCoster and Technical Director, Ian Harrison. This also would not be possible without the continued support from our Global Motorsports Partner, Rockstar Energy, and all of our sponsors.”

Elevating the sport might mean something different from one person to the next. To Husqvarna Motorcycles, it means taking a pioneering approach to evolving man and machine while never resting on your laurels. Today the brand has been elevated to the next level and will continue to strive for reaching new heights.

Rockstar Energy Drink is designed for those who lead active lifestyles – from Athletes to Rockstars. Available in over 20 flavors at convenience and grocery outlets in over 30 countries, Rockstar supports the Rockstar lifestyle across the globe through Action Sports, Motor Sports, and Live Music. For more information visit: www.RockstarEnergy.com

Runner-Up Finish on Stage 11 for Quintanilla at Dakar 2021