GAINESVILLE, FL – March 12, 2018 – (Motor Sports Newswire) –  Since making his first career final round at the AMALIE Motor Oil NHRA Gatornationals in 2016, Terry McMillen has continued to make noteworthy strides in his NHRA Mello Yello Drag Racing Series Top Fuel career. Last year was his most impressive to date, as McMillen won his first career race in Top Fuel and also qualified for the Mello Yello Countdown to the Championship for the first time.

Headed back to his sponsor’s event, this weekend’s 49th annual AMALIE Motor Oil NHRA Gatornationals at Gainesville Raceway, McMillen and his team have raised expectations for the 2018 season. Winning in Gainesville would qualify as another step forward, and McMillen is confident his team is capable of that.

“We’re able to go up there and put our best foot forward,” McMillen said. “All the years we went there and never qualified, and now the car is pretty consistent. It’s an unbelievable feeling to have the success after all the hardships and AMALIE has been with us from day one. We’re going down there and giving it everything we have, and hopefully give them something to cheer about. We want to make sure everything is right and everything is perfect. It’s an extremely busy time, but I love every minute of it.” 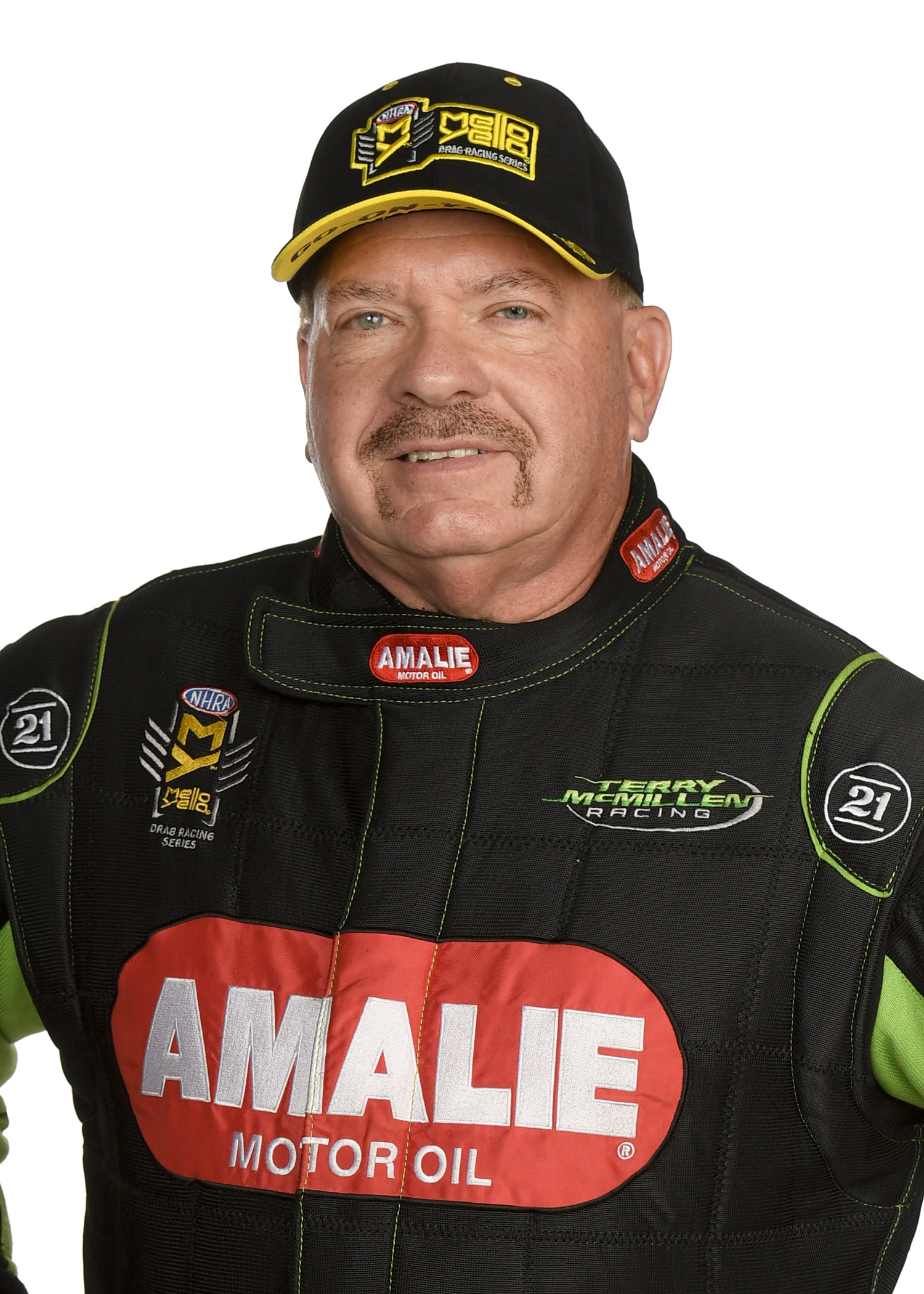 He’s been strong early on in qualifying in his AMALIE Motor Oil XTERMIGATOR dragster, qualifying seventh in Pomona with a solid 3.727 at 327.03 mph. McMillen has back-to-back opening round losses in the loaded Top Fuel class, but the team, led by crew chief Rob Wendland, continues to make strides, buoyed by last year’s success.

“We’re going in the right direction, doing things right,” McMillen said. “The car has been running extremely good numbers and we’ve got a real consistent car. It’s the crew guys being the same people and Rob’s leadership that has led us to that direction. Before we had to wait on luck and today we are able to create our own luck. Now that we’re doing well, it’s an exciting time and you can feel that within the team.”

McMillen is also closing in on his first career run in the 3.60s, a mark he wasn’t even thinking about years ago. Of course, a win at the legendary Gainesville Raceway would be a massive achievement as well for McMillen, who lost in the final round to defending world champion Brittany Force in 2016. Force will be a top challenger this year, as well as defending event winner Schumacher, Phoenix winner Steve Torrence, Pomona winner Doug Kalitta and Antron Brown. But McMillen is now included on that list of top challengers, leading him to believe that anything can happen in Gainesville.

“We can win on any given day,” McMillen said. “We went to the finals here two years ago and nothing is stopping us from going back. If we get our opportunities, we want to make the most of it. The car has been running extremely good numbers, we’ve just been struggling a little bit on raceday. But we’re so pumped to get to (Gainesville).”

Fans of the Top Fuel star will be able to see his 10,000 horsepower dragster come to life as the team will start the car in the heart of Gainesville, Fla., on March 14. The event will take place at noon at the Holiday Inn University Center.

As always, fans can interact with their favorite drivers with an exclusive pit pass to the most powerful and sensory-filled motorsports attraction on the planet. This gives fans direct access to the teams, allowing them to see firsthand the highly-skilled mechanics service their hot rods between rounds, and get autographs from their favorite NHRA drivers. Fans can also visit NHRA’s popular Nitro Alley and Manufacturers Midway, where sponsors and race vendors create a carnival atmosphere, with interactive displays, simulated competitions, merchandise, food and fun for the entire family.