Sponsored by Vespa Club of America (VCOA), the largest annual motor scooter rally in the U.S. expects to host up to
1,000 scooterists June 6-10

RICHMOND, VA – March 2, 2018 – (Motor Sports Newswire) – Vespa Club of America (VCOA) is pleased to announce that Amerivespa 2018 will be held in Richmond, Va., June 6-10. Jointly hosted by the 7 Hills Scooter Club and supported by more than 40 sponsors, Amerivespa 2018 will feature five days of scooter-related fun for registered enthusiasts as well as the general public.

Amerivespa – open to all scooterists, no matter what you ride – is the largest annual motor scooter rally in the United States and typically attracts 600-800 enthusiasts from all over the U.S., Canada, Mexico, Europe, Asia and Australia. This year signifies the VCOA’s 26th year and Amerivespa’s 23rd national rally. Centrally located within the population-rich eastern United States, Richmond could expect more than 1,000 Amerivespa attendees.

Rides take place around the Richmond metro area and include trips to the Jamestown Settlement, Revolutionary War places of interest, Civil War places of interest, the Lewis Ginter Botanical Garden and the Berkeley Plantation, as well as outings to craft breweries, antique shops, quirky boutiques and other notable locations in the area.

While the community is sure to notice more scooters on the streets of Richmond during the five-day event, the Graduate Hotel would serve as the best opportunity for the public to get a closer view of the many different variations of two-wheelers in attendance.

“There is no city in America where the incredible wealth of past and future weave together so effortless,” says Chelsea Lahmers, VCOA board member and Richmond native. “Scooterists from around the world are in for a serious treat when it comes to riding Richmond’s streets and experiencing the soul and personality of our unique city.”

Learn more about Amerivespa 2018 in Richmond, Va., at Amerivespa.net or by sending an email to VCOA President Josh Rogers ([email protected]).

ABOUT THE VESPA CLUB OF AMERICA

Vespa Club of America (VCOA) is a non-profit organization whose members are dedicated to riding motor scooters, and is a society for people who share the passion of vintage and modern scooters. While its origins are rooted in the iconic Vespa scooter, the VCOA welcomes all scooter enthusiasts regardless of what they ride. A proud affiliate of the American Motorcyclist Association (AMA), VCOA supports and encourages the use of the scooter as an energy-efficient vehicle and economical mode of transportation that conserves fuel, reduces traffic congestion, and treads lightly on the overworked road system. An annual fee of $35 garners membership in the VCOA. 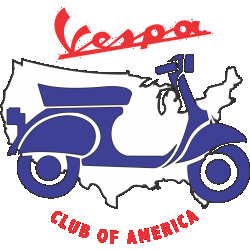 MORRISON, CO – July 14, 2021 – (Motor Sports NewsWire) – Coming off his first victory in more than three years, Cruz Pedregon is headed to one of his favorite tracks in the NHRA Camping […]